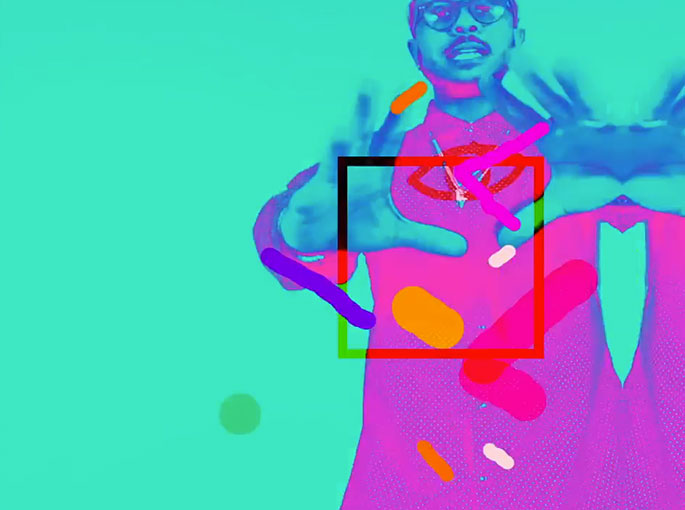 Earlier this year, west coast rappers MED and Blu teamed up once more for The Buzz, a short EP featuring three new songs over Madlib beats and guest appearances from Mayer Hawthorne on the title cut and Dam Funk on ‘Peroxide’. The release followed on from the Burgundy EP, linking the dots between friends in L.A’s smoky underground.

‘Peroxide’ just got an official video, unveiled by Stones Throw yesterday. Shot by The epixx/Brockvision with help from RVFFMERCY, it’s a fully surreal visual accompaniment to the bouncing score.

In related news, Stones Throw are repressing the limited edition Quasimoto Talkin’ Shit 45 picture disc. The repress features a different shade of Quas, nicknamed the “Grimace Edition” by the label.

The custom shaped vinyl features both ‘Talkin Shit’ and ‘Planned Attack’ from Quasimoto’s Yessir Whatever album. As with the first pressing, it’s Quas on one side and his x-ray insides on the other.

See both the video and 45 below, and head over to Stones Throw for orders. 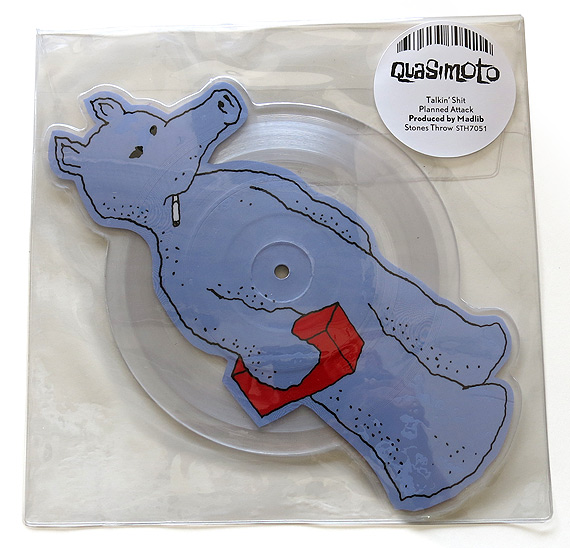