No one was doing poppers, but Glastonbury wasn’t the only major musical event last night – it was also the BET Awards.

Compared to past years, it wasn’t the most event-filled or controversial BET Awards, but at least Nicki Minaj was on hand to show the entire hip-hop world who’s boss – once again. Minaj had already given the camera just about the most unimpressed look possible [below] while Iggy Azealia was performing ‘Fancy’, and then used her acceptance speech for Best Female Hip-Hop Artist to let everybody know the levels:

This is always very very emotional for me. Because this is my fifth year winning this award and I don’t take it for granted, I really don’t.

I thank god that I’ve been placed in a position to do something and represent women in a culture that is so male-driven. and I want you to know this — I want you to know that I have an album The Pinkprint that’s coming out before the year ends. That’s not a plug but it’s a plug. But my point is, what I want the world to know about Nicki Minaj is, that when you hear Nicki Minaj spit, Nicki Minaj wrote it.

Sure, she then claimed that “no shade” was meant, but it was still cold as ice.

Other highlights from the BET Awards: Lionel Richie received a Lifetime Achievement award, only for BET to spell his name wrong [also pictured below], and Jay Z and Beyonce closed proceedings with a performance of Beyonce highlight ‘Partition’.

The biggest lowlight? Robin Thicke trimmed his creepy facial hair especially to dedicate a creepy song to his estranged wife Paula, who, in case you hadn’t heard the memo, Thicke really wants back. According to some sources, he was also crying (presumably creepy) tears during his performance, but it’s hard to tell from the TV footage. We’ve embedded all the relevant clips below.

Richie gets his name spelt wrong: 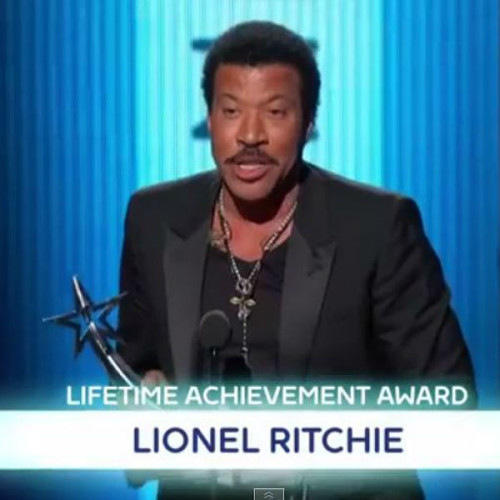 Jay Z and Beyonce do ‘Partition’: