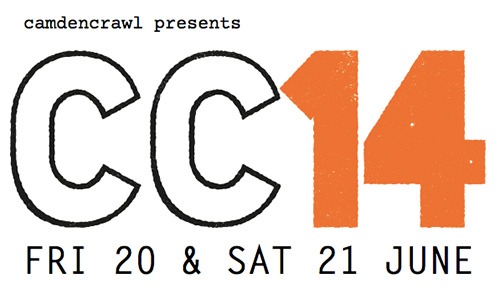 The organisers of the Camden Crawl have issued a statement on the company’s financial difficulties.

“Due to ticket sales falling far short of expectations for this year’s event, Crawl Promotions Ltd, the Company which promotes the Camden Crawl, is unable to pay its debts in full to any suppliers, staff or the Company’s directors and shareholders,” the statement reads.

“As it stands the total debts substantially exceed the value of the assets of the Company. Because of this completely unanticipated situation and after nearly ten years of successfully promoting the Camden Crawl festival, it is with great regret and sadness that there has been no other option than to convene meetings for the purpose of placing the Company into Creditors’ Voluntary Liquidation.

The full statement can be read on the festival’s website.

The Camden Crawl returned last month with a noticeably more cutting-edge line-up, featuring the likes of Atari Teenage Riot, Laurel Halo, Visionist, Mumdance, e.m.m.a and many other electronic acts. Two weeks later, however, it appears the company has gone into voluntary liquidation, leaving several artists and labels out of pocket.

Emails sent to the organisers have been met with an automatic reply that warns the festival “is experiencing financial difficulty”, adding that “it is with great regret that the Board has decided that there is no option but to place the Company into Creditors’ Voluntary Liquidation.”

Jack Cooper of Mazes claims his band was one of several left unpaid after their performances, while Invada Records tweets that two of its acts were affected and Camden Crawl “point blank refused to pay advance deposits & used the #TrustUs mantra throghout.”

FACT has reached out to the festival for comment, but at time of publication there is no official statement. We’ll update the story as we know more.

So Camden Crawl? Did you really just go into voluntary liquidation without paying us or anyone else?

So Camden Crawl just went into voluntary liquidation. Before the bands got paid. YOU POINTY SHOED SCAMMY BASTARDS.