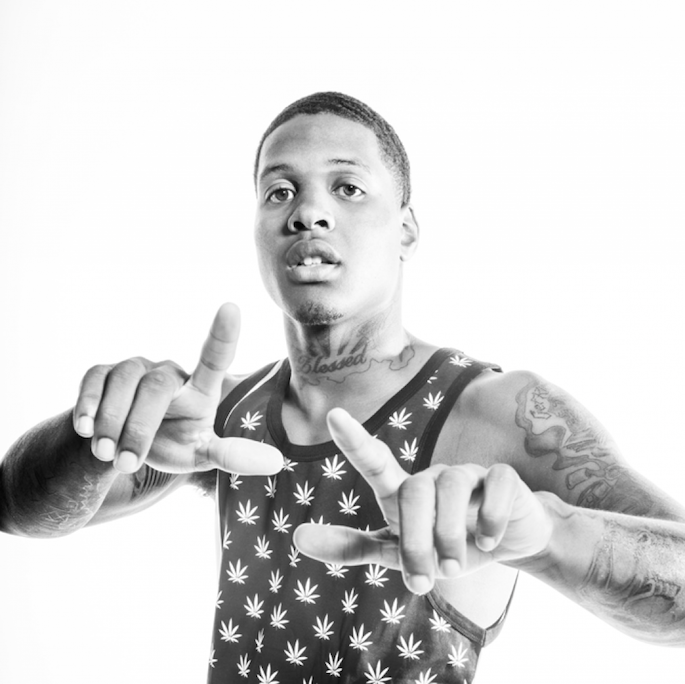 When it rains, it pours: since the Fourth of July, a boatload of mixtapes have dropped, with two of Chicago’s finest, a handful of Atlanta up-and-comers and a double-dip of West Coast heat in the round-up. We had to leave some regular featurees in the bin (apologies to Scooter and Dolph), but we couldn’t sleep on this Gang Fatale mixtape. 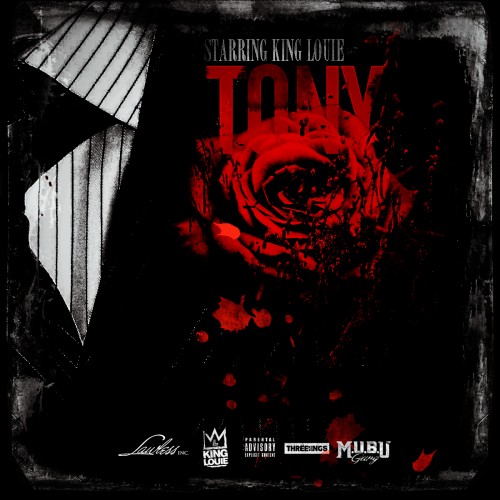 While others in Chicago might be pulling in the big checks and prompting the awkward, concerned thinkpieces, King Louie seems happy to just keep plodding along at his own pace, thankfully ignoring the blur. Tony follows the disappointing (but occasionally brilliant) Drilluminati 2, and quickly makes up for its predecessor’s below-par performance, not that Louie has much to prove.

He’s not doing a damn thing differently here – the winning mix of unusual, forward-thinking drill production and unmistakably quirky lyricism is still Louie’s draw, but it all seems slightly more refined this time around. The Bobby Johnson-produced ‘Day’ stands out a mile, mostly as it feels like a sequel to the ubiquitous street hit ‘OG Bobby Johnson’, with Louie offering a light-hearted smirk in place of Que’s stony street realism. “My life should be on Blu-Ray,” he screeches over Bobby Johnson’s seismic, pounding subs – let’s hope it’s a Blu-Ray that actually comes out, yeah Epic Records? 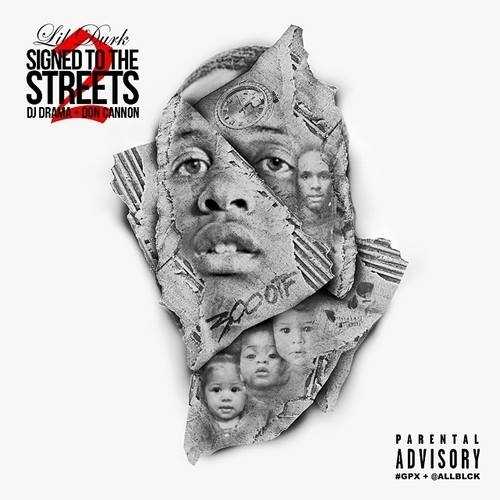 LIL DURK
SIGNED TO THE STREETS 2

Lil Durk returns with the sequel to October’s Signed to the Streets and while the mixtape kicks off with a trio of war-ready drill tracks, Durk is at his best when singing Chiraxploitation stories with a palpable sense of pain. There are shades of the melancholy of ‘Dis Ain’t What You Want’ on ‘Hell in My City’, ‘Don’t Take It Personal’ and the celebrate-while-you-can ‘Live It Up’: “too many niggas be hatin’ / too many niggas be fakin’ / but in these streets, too many niggas won’t make it.”

Even at 18 tracks, everything is solid here. There are the dreary tunes with heavy doses of Auto-Tuned angst (the sparse ‘Rumors’ and meatier ‘Feds Listenin’ and ‘Gas and Mud’) and he teams with Young Chop for a pair of synth-blasted tracks: the four-on-the-floor anti-party anthem ‘Party’ and the suffering-from-success ‘I Made It’. He even shows a softer side on the pop-kissed ‘What You Do To Me’ and ‘I Go’, which sounds like ringtone-ready material Chief Keef has been churning out all year. As drill continues to evolve, Durk has ensured that he’ll be at the forefront. 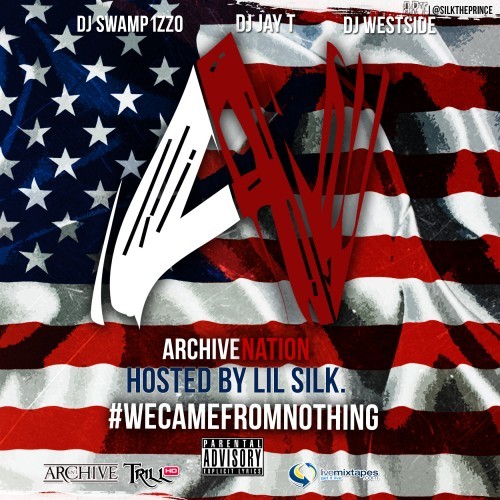 Okay, we’re pretty much paid up members of the Lil Silk fan club over here so we grabbed this one on sight, but it’s worth it. On Archive Nation the helium-voiced ATL youngin gathers up his crew and proceeds to rattle through almost an hour and a half of trunk-splitting anthems. Like Silk’s underrated debut Diary of a Hustler, a cursory listen doesn’t reveal half of what’s on offer here, and packed with slippery verses from Skypad War, Chilly Chills, Vegas, Mykko Montana and more it’s a tape that urges close attention.

Celebratory cut ‘Archive Nation’ is a prime example, boasting a splatter of verses from pretty much the entire Archive crew. It’s a Cliff Notes for the tape, and as each rapper tries to outdo the rest (Silk, as usual, stands out a few feet from the rest) it provides the perfect introduction. Elsewhere ‘Worthy’ shows the gang’s pop potential (that chorus) and ‘Got My Fucked Up’ is a great vehicle for the promising Chilly Chills. The only real criticism is that at 21 tracks long, Archive Nation is really too much of a good thing. 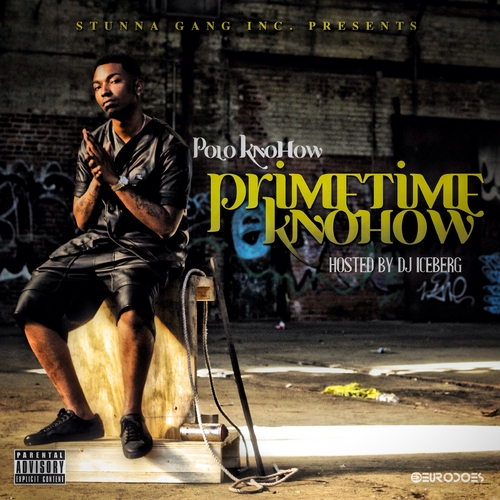 We first heard PoloKnoHow on DJ Iceberg’s Monopoly Music 19, one of those patchwork compilations that comes out every week. But buried among tracks by more well known acts was ‘Kno Undoe’, a sparse banger animated by Polo’s gritty rasp, an unmistakable and unhinged voice somewhere between Jeezy and Mystikal.

Primetime Knohow is the Atlanta rapper’s debut street album, and Polo comes out of the gate throwing bows. While his lyrics might not progress much further than familiar street tales and punchlines (I’m on my grind like I’m Tony Hawk / I’m balling no Atlanta Hawk”), he seems poised to jump out the speakers and grab you by the throat whether he’s screaming “fuck you mean!?” or “true story!” or “no undoe!” There’s nothing groundbreaking here, and it runs out of steam by the end, but PoloKnowHow could give rappers like Casino and Que a run for their money with tracks like ‘Kno Undoe’, grimy coke anthem ‘Dopeman’, and the jubilant ‘New Racks’. 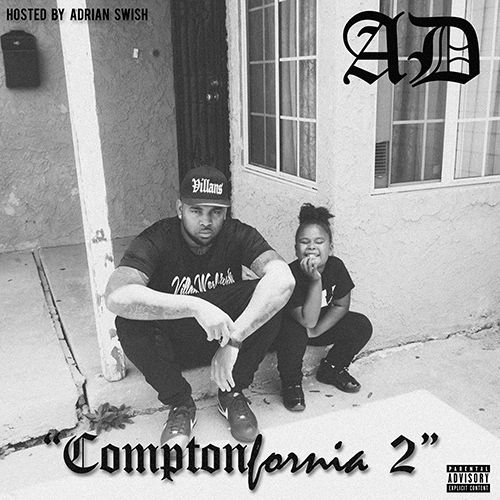 When we tagged Los Angeles producer Larry Jayy as one of our producers-to-watch, this is exactly what we were waiting for: his lush, trunk-rattling, DJ Mustard-ish style (and distinct drop) to be all over some mixtapes. This week, two tapes fit that bill, so we’re double-dipping.

AD issues a sequel to last fall’s Welcome to Comptonfornia mixtape, and with Larry Jayy behind most of the tracks, his day-in-the-streets dispatches from LA’s best-known hood will soothe listeners who have worn out their copies of YG’s My Krazy Life. From the intro on, you’ll know what AD’s about: “I been going through some things where it hurts me / my little brother died right before my birthday / damn, and everybody telling me to chill / but how the fuck am I supposed to feel?”

Jayy’s earworming synth-lines and melodies turn up on tracks like ‘Around This Way’ and ‘Bout It’, while his ‘Bitch Ways’ finds AD particularly nimble. He drops his take on the ‘Funky Worm’ sample and DJ Official updates ‘California Love’ into ‘Comptonfornia 2’ — a pair of tracks that recall the many throwback nods on My Krazy Life. This is definitely in the same lane but it has its own charms: the hook on ‘Superhero’ (“You a superhero nigga, you be saving these hoes”) and “dun-dun-dun!” refrain are brilliant.

Watts rapper WhoKid Woody had a regional hit a couple summers back with ‘Hit Yo Ricky’, and his R.E.A.L. mixtape plays like the light-hearted, party-ready cousin to AD’s mixtape. He says he’s “trying to make it way bigger than Biggie and Jay-Z,” but mostly he seems content to pop a pill and wile out. Larry Jayy produces more than half the tape, adding steel drums to his formula on ‘Not A Dime’ and turning the bassline into a monolith on ‘In Your Feelings’.

Standout tracks include ‘Madonna’, with its “Look just like Rihanna / freaky like Madonna” hook and some sexplicit lyrics perfect for when the house party lights go down; ‘Fuck You’ will soundtrack a brawl near you and a remix of ‘Hit Yo Ricky’ is included… and why not? It still bangs. 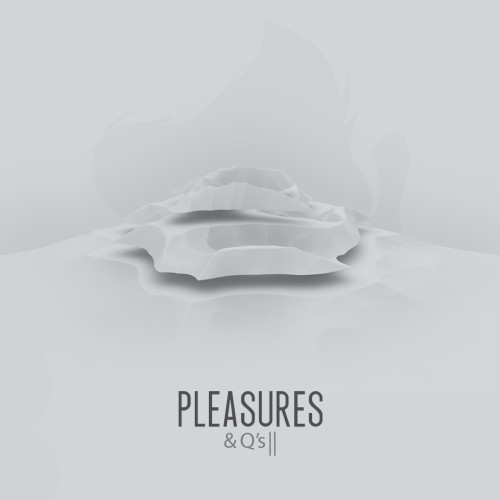 Neana and the Gang Fatale crew return with the second volume of their Pleasures & Qs series, and it blows the paintwork off its predecessor. Close followers won’t be surprised by the choice of sounds explored here, from Prince Jean’s skeletal neon gamelan shuffler ‘So..Far..’ and Clara La San’s sizzling sadgirl soul anthem ‘Let You Go’ to Trapdoor & Georgia Girls chest-pummeling Baltimore slammer ‘Tomahawk’ and Bleaker’s eardrum-popping ‘Bang That’.

The diversity is admirable, and while the tape is not without its lulls, Gang Fatale nail an area of contemporary dance that often ends up sounding trite and overdone. These aren’t pastiches, and there’s little cheese on show here: it’s all fist-clenching, bowel-churning dance music, just the way we like it.