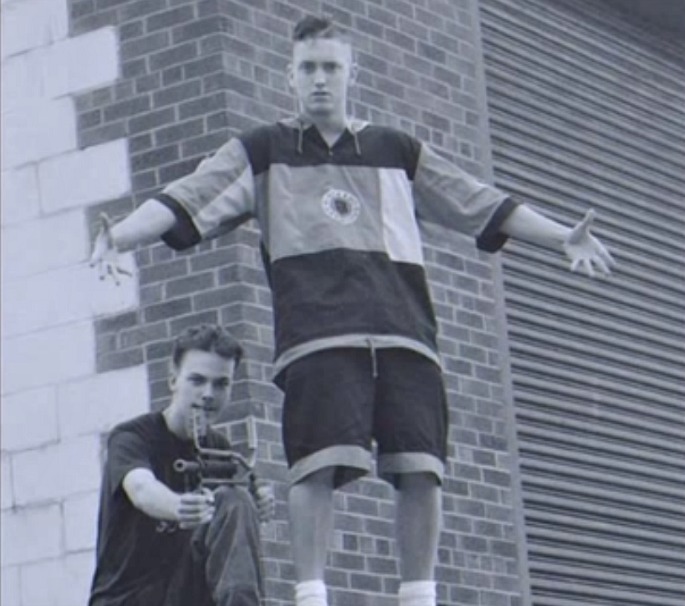 Here’s one from the archives – a teenage Eminem getting scatological this ultra-early track, ‘Pooh Butt Day’.

Recorded with his early collaborator Chaos Kid, the dates are uncertain but it looks likely to have been recorded any time between 1988 – when Em was 16 years old – to 1991, when he and Chaos Kid were releasing music as Soul Intent.

For more of Eminem’s toilet humour, check out this gem of a video that includes classic footage of Percee P throwing down with a fresh-faced Eminem in a bathroom stall. Meanwhile, Em has been busy this month with the launch of his battle rap league, Total Slaughter.