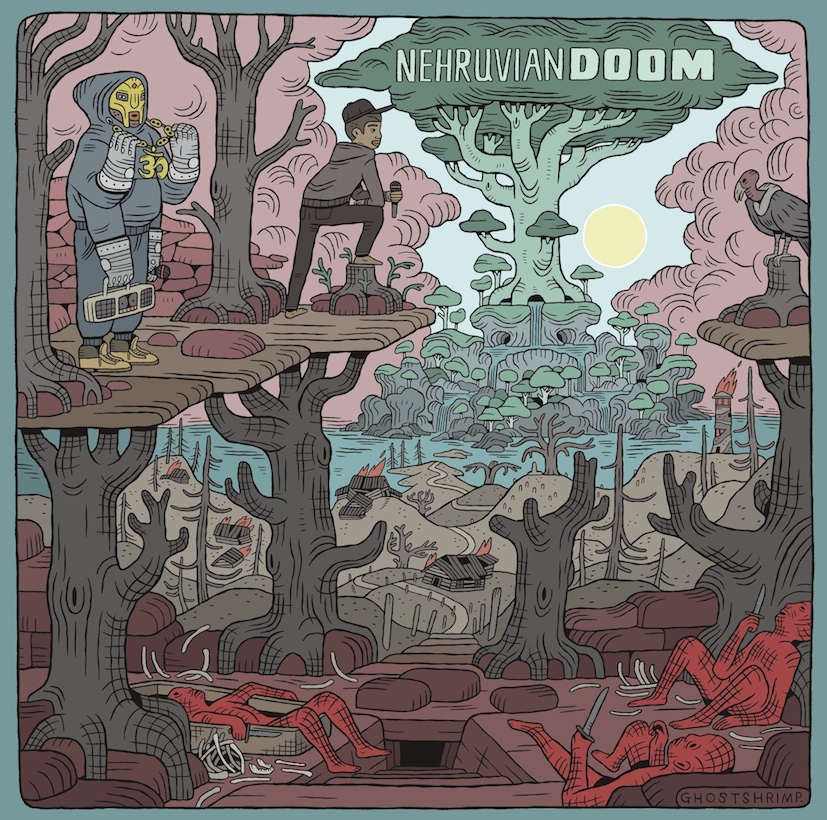 DOOM is no stranger to collaborative albums, his last solo opus was 2009’s Born Like This, and his latest such effort for Lex Records sees the masked villain team up with young NYC upstart Bishop Nehru.

Entitled NehruvianDOOM, the album is produced by the veteran and vocalled by the young MC, acting as his de-facto debut album. The first track from the album, ‘Darkness’, was released by Lex earlier this month with a video directed by Nehru himself.

Last night the label made a second track from the album available. ‘Om’ once again features DOOM on the boards – with no rehashing of previous Special Herbs thankfully – and both MCs on the mic. You can hear it below.

NehruvianDOOM is set for release on September 22, a day later in the UK, and is available to pre-order from iTunes.

The artwork by Ghostshrimp can be seen above and full tracklist is below. Earlier this year FACT TV spoke to Bishop Nehru at SXSW about working with DOOM.