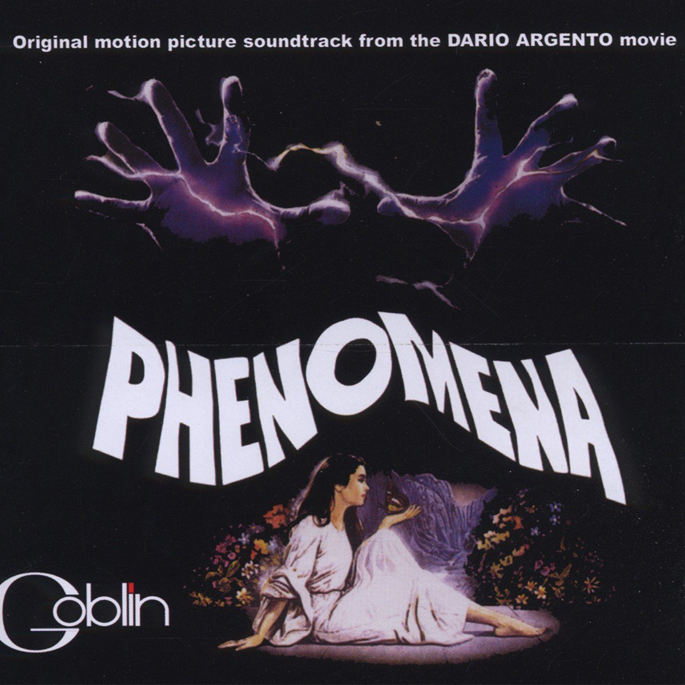 Released in 1985, it would be fair to say Phenomena (also known as Creepers) isn’t exactly Dario Argento’s best loved movie.

It starred a young Jennifer Connelly, who plays a girl who slowly discovers that she’s been blessed with psychic powers, but it sadly didn’t bear up well to fans who just wanted another Suspiria or even Tenebre. Thankfully, it wasn’t all bad news – as usual for Argento, the film sported a natty soundtrack from cult Italian prog heroes Goblin, well, sort of. A short score was composed by Goblin’s Claudio Simonetti and Fabio Pignatelli, and was fleshed out with stadium fillers from Iron Maiden and Motörhead – it was 1985, remember.

The original vinyl release contained all the tracks – with Goblin’s compositions nestled uncomfortably in-between the brash metal, but don’t worry, a new re-issue is just around the corner. AMS, who have steadily been making sure all of Goblin’s run of releases are getting the necessary deluxe treatment, are set to put the score out in full, with a few alternate versions to flesh it out to album length.

Keen Goblin fans will know that these tracks were all released previously on the Cinevox imprint, but since that was CD only, we’re pretty excited about the idea of getting them on vinyl, finally. And it’s not just any old vinyl either – the first 500 copies will be pressed to clear wax, and the entire pressing comes with liner notes from Goblin archivist Fabio Capuzzo, tons of pics related to the various releases and a poster.

Phenomena will be released on August 26 via AMS.