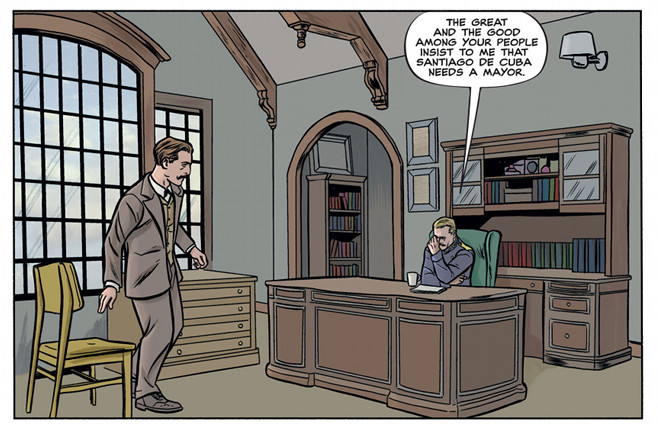 The story behind Cuba’s famous Bacardí family is one of political rebellion, prohibition, earthquakes, revolution and exile – just the thing to fire up the imaginations of writer Warren Ellis and artist Michael Allred, the graphic novel heroes behind this story set in 19th century Cuba. And the cocktails don’t hurt, either.

The Spirit of BACARDÍ follows the headstrong Emilio Bacardí as he fights a campaign for Cuban independence, facing imprisonment and exile before eventually becoming the first freely-elected mayor of Santiago de Cuba.

“Storytelling requires great characters, and in Emilio Bacardí we have exactly that,” reckons Ellis. “Emilio was a patriot, passionate about his homeland of Cuba. My focus was to bring his drive and determination to life.”

Allred, who got fully stuck in to the theme by adding a few drops of rum to his ink, adds: “Working on this project gave me the chance to bring to life a time and a place I’ve never worked with before – Cuba in the late 19th century.”

Scroll down for chapter 12 to see how Emilio fares in his encounter with Santiago’s military governor, and when you’re done, click here for the next chapter.

You can also download the complete graphic novel and hear more from Ellis and Allred about the project in a behind-the-scenes film. 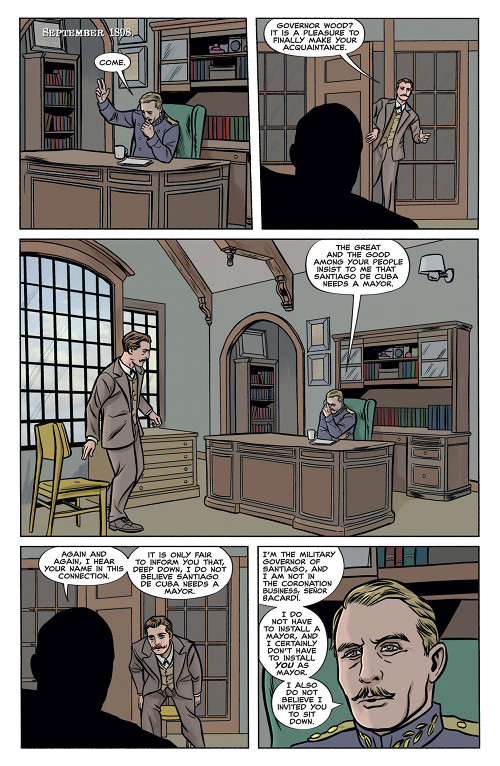