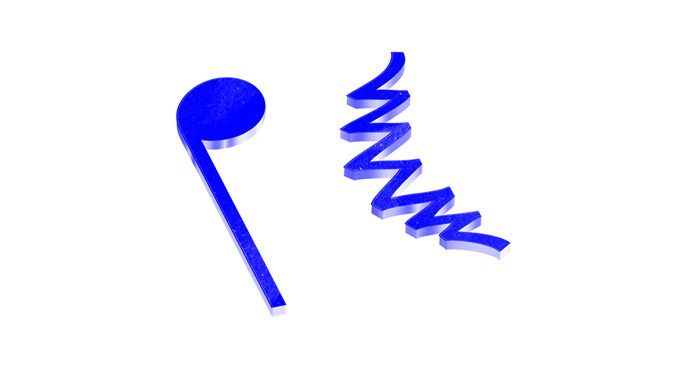 This week we’re getting a bit weird, and there’s nothing wrong with that (don’t let anyone tell you different): manic PC Music edits, grinding industrial noise, Bay Area ratchet and plenty more.

Mix of the Week
SOPHIE ET AL
DISMAGAZINE ON RINSE

Considering how we’ve kept PC Music’s DISOwn Radio set in rotation all summer, this two-hour DIS Magazine show is a no-brainer. DIS man Finn Diesel sets the tone with edits of Justin Bieber and Will Smith, Caribbean grooves, and loads of PC Music’s Pixy Stix-flavored pop. Later, Berlin’s Soda Plains adds fractured trance-pop and lush, sino-synths to the punch; the mix takes a cinematic turn as buzzy Numbers man Sophie teams with PC Music’s Danny L Harle for an hour of distorted, detuned, dopamine-pumping dance tracks. There’s an alternate mix of ‘Hard’, some Kero Kero Bonito, nu-new-jack-swing, and — at the hour-40 mark — some of the best dance-pop we’ve heard in ages. Divisive? Definitely. But you know how we feel about it.

Another week, another stone-cold killer blend from nu-grime’s experimental golden child Mumdance. He sticks to his guns on this rare BBC Radio 1 outing too, kicking off (somewhat traditionally now) with a few minutes of bubbling, heaving noise before lurching into the kind of faded grime and techno reconstructions that he has made his trademark in the last couple of years.

That’s not to say the mix is predictable however – Adams, in his own words, “spent a long time finding a lot of exclusive dubs” for the mix, so there’s a good chance you won’t have come across the majority of this stuff (if you have, you’re probably Slackk or Rabit). It makes for an invigorating listening experience, not so much a portrait of the UK’s nu-grime scene at large as a cracked mirror image – all tickly, sparse beats and bizarre pin-prick synth melodies. Good lad.

The Astral Plane’s can’t-miss mix series has featured the likes of Shriekin’, Dark0 and the rest of the ever-growing club-grime axis. The latest entry is from Brooklyn-based London ex-pat Celestial Trax, who made waves earlier this year with his Rinse-released Paroxysm EP. Celestial has a ton planned for the rest of the year (and beyond), and it shows: his 30 minute mix is loaded with exclusive, forthcoming material, including would-be Final Fantasy soundtracker ‘Verticals’ (due out soon via Purple Tape Pedigree). Beyond “just” instrumental grime (be it ominous or war-ready), Celestial works in a ‘Ha’-dotted climax; elsewhere, he nods to his hip-hop influences with the moody Green Ova cloud rap of ‘Stargate’ and a pair of stellar edits: his slo-mo take on Drake’s ‘All Me’ and a “fully numb” reworking of ATL weirdo Makonnen. Don’t sleep.

Diagonal is undoubtedly one of the most interesting imprints in the UK right now. Somehow able to find a place for the music of noise don Russell Haswell, wacky Yank experimental cowboy Shit and Shine and of course label co-owner Powell himself, it’s a place of ragged beauty – something that’s spotlighted fairly quickly on this latest edition of Powell’s NTS radio show.

Playing hopscotch through the genres, our protagonist bounds through acid house, noise, electro and industrial music, and it’s a journey that should make a lot of sense to rabid Diagonal fans. Guest DJ Vereker is no slouch either, hitting a darker seam, and toying with Coil, Rapeman and plenty of bits of eerie 80s synth business to get you clicking through Discogs like a lunatic.

As far as party-starting rap goes, the West Coast has had the game locked down for the last year or so. DJ Mustard, the HBK Gang and others have led a ratchet revolution on the strength of subwoofer-rattling basslines, barely-there beats, irresistable hooks and Vine-fueling dance moves, and on his Hoodrat Tendencies Vol.2 mix, Tap:10 blends some of the best 100BPM grind-fodder around.

Expect anthems by Bay Area forefathers E-40 and Too Short, L.A. heads YG and Ty Dolla Sign, and HBK reps IamSu, Sage the Gemini, P-Lo and Kool John. As expected, Mustard looms large, whether on TeeFlii fave ‘This D’ or ‘Paranoid’ (in original and Yummg Bingham flavors). Tap:10 has some fun with it, mixing YG’s ‘My Nigga’ with the song it nods to (C-Murder’s ‘Down For My Niggaz’), while mashing ‘Who Do You Love’ with Rappin 4-Tay’s $100,000 verse from ‘Playaz Club’. And while the title is instructive, the blurb also suggests “NOW THATS WHAT I CALL RATCHET 2014” — either works for us.

We do like a bit of harsh experimental biz here at FACT, and ex-Londoner Imaginary Forces provides with aplomb here, with this massive selection of rusty bumpers. It’s not for the faint of heart – within a matter of minutes we’re kicked into Eric Holm’s incredible ‘Stave’, which was made from recordings made in the Arctic from a bloody great big telegraph pole. It gives you a good idea of the kind of thing you can expect from the rest of the selection, and moving cooly through slithering gems from Pan Sonic, Fis, Yves De Mey and of course Sunn O))), we get a neat summer selection of low-light evil, with a sneaky taste of Imaginary Forces’ brand new Corner Crew EP. Proper business, this.