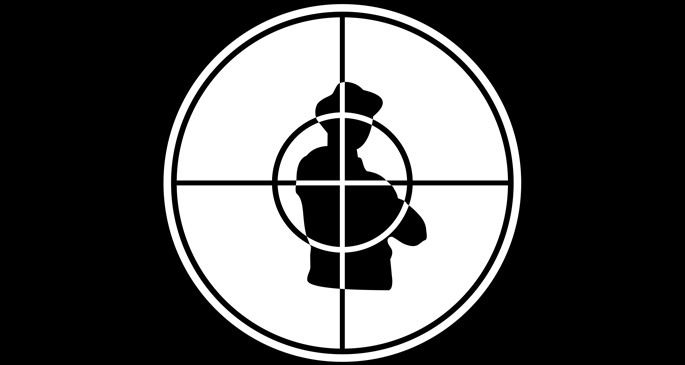 Whether you listen to legendary hip-hop outfit Public Enemy or not, you’ve probably seen their logo.

You know the one – a silhouette of a man in a hat standing, arms folded, with a crosshair positioned over the top. Well now the band’s outspoken frontman Chuck D has explained the logo’s significance to Rolling Stone, and it’s particularly intriguing, especially now, in the midst of prolonged, visible racial tension in America.

“The crosshairs logo symbolized the black man in America,” Chuck explains. “A lot of people thought it was a state trooper because of the hat, but the hat is one of the ones that Run-DMC wore. The B-Boy stance and the silhouette was more like the black man on the target.”

Chuck also talked about the origins of the name Public Enemy, saying that it actually came from the historical definition of a black man, as defined by the US Constitution.”The United States Constitution once considered black people to be three-fifths of a human being. If this is a public document, obviously we must be the enemy, so that’s where the name Public Enemy came from.”