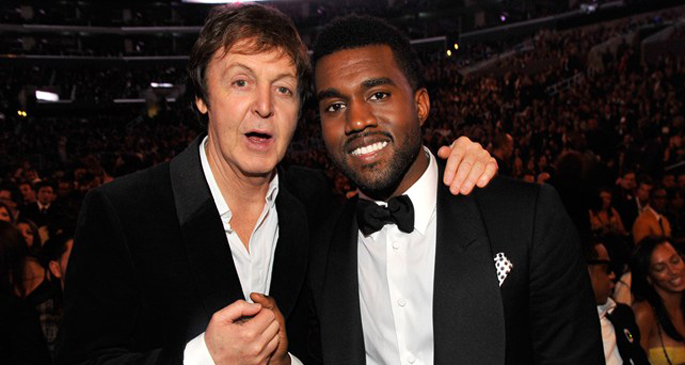 Band on the Run DMC?

Now we certainly weren’t expecting this, and we don’t know whether it’s definitely true, but according to notorious US tabloid the New York Post, Kanye West has been recording in secret with Paul McCartney, and the unlikely duo have put together a number of tracks that “could develop into an album.”

One of those tracks is reportedly titled ‘Piss on My Grave’, something that surprised Kanye’s wife Kim Kardashian. We’re not sure why – it’s not as if he’s been shy with his subject matter before – we’re assuming she’s heard Yeezus after all.

There’s no confirmation on any of this info, but we can say that Yeezy was spotted at at Macca’s LA show last week.

Update 19/08: Huffington Post reports that a rep for Kanye West declined to comment on the reported collaboration with McCartney, but clarified that the rapper is indeed working on a song entitled ‘Piss On Your Grave’ – not ‘Piss On My Grave’, as previously suggested. Which makes sense when you think about it.