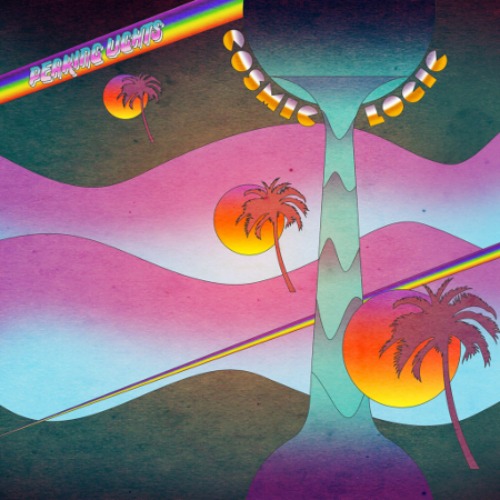 Following 2012’s Lucifer and its accompanying alternative version, Lucifer In Dub, LA-dwelling couple Aaron Coyes and Indra Dunis have promised an album that explores “brighter, bolder spaces than ever before”.

The 11-track album was mixed with the assistance of DFA studio engineer Matt Thornley and draws on “Jamaican digital dancehall, Cosmic Italo, Chicago house and acid house, Afrobeat and Zamrock, early west coast hip-hop and disco boogie”, according to a press release.

Get an idea of the end result with first track ‘Breakdown’, which has its own nifty minisite as well as a stream which you can hear below. Cosmic Logic arrives on Weird World on October 6 (UK) and 7 (US). [via JunoPlus]