The Knife to break up after final tour 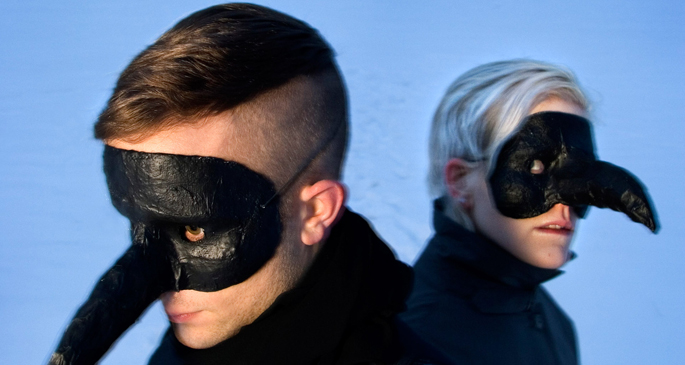 Acclaimed Swedish duo The Knife announced today that they would be retiring from live performance after one last short set of shows.

Update: The Knife’s PR has now told FACT and others that this tour will be The Knife’s “final statement”. Their last interview appears in Dazed Digital.

Since they performed in the USA in Spring, these shows are concentrated on Europe, heading through Scandinavia into the UK and Germany. Their announcement was oddly chirpy given that it was basically a confirmation that the beloved duo would be disappearing into the shadows once again, and of course it was replete with the kind of bonkers surrealism (elf pee? really?) we’ve come to expect:

“We are doing our last tour!

In the autumn we will round up the Shaking The Habitual Show Tour with a number of European dates. After the touring last year we reworked the show during the winter. The performers, previously known as dancers, learnt how to sing and play instruments, the stage got three levels, Shannon Funchess joined us and the show became more fun and shiny. We performed it in the US in the spring and now we would love you to join us in our dance for some last shaking moves.

An axe to grind

Generous actions with the speed of light

Without you my life would be boring”

See you on the dance floor…

/Olof and Karin, The Knife”

You can check a trailer for the tour below, and the duo have also announced that they’ll be releasing a record entitled Shaken-Up Versions, featuring a suite of their reworked tracks from the tour.