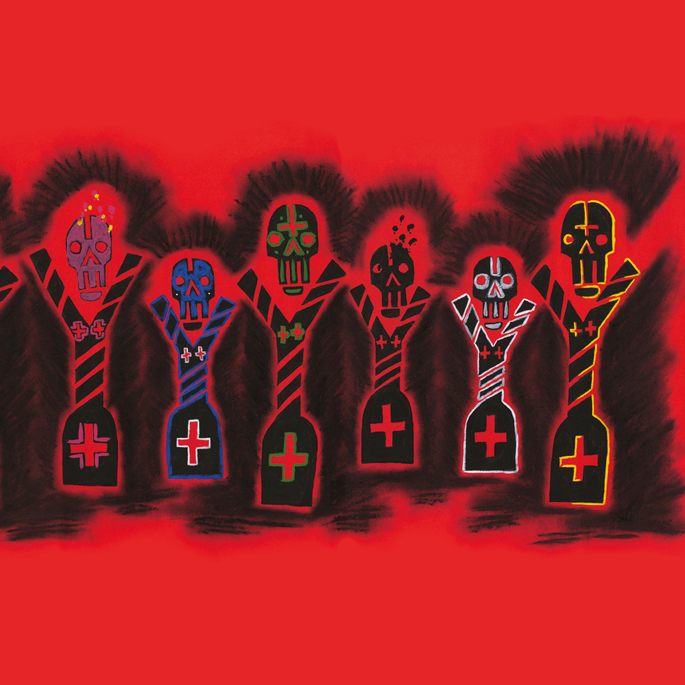 Divisive noise veteran William Bennet returns to Blackest Ever Black with another full-length under the Cut Hands moniker.

Bennet’s recent slew of percussion-heavy releases have seen the Whitehouse don emerge in the most unexpected places – he recently toured the US with Brummie industrial metal deities Godflesh, for example – and Festival of the Dead is sure to continue that ascent.

The album is Bennet’s third as Cut Hands, and is touted as being his most potent to date – certainly on the evidence of pummeling new single ‘The Claw’ it sounds as if he’s building on the voodoo-inspired promise of his last two records, and bringing in more than a fair sprinkling of Regis’s Birmingham thump.

Take a listen to ‘The Claw’ below – Festival of the Dead is set to drop in late October on double vinyl, CD and digital via Blackest Ever Black.