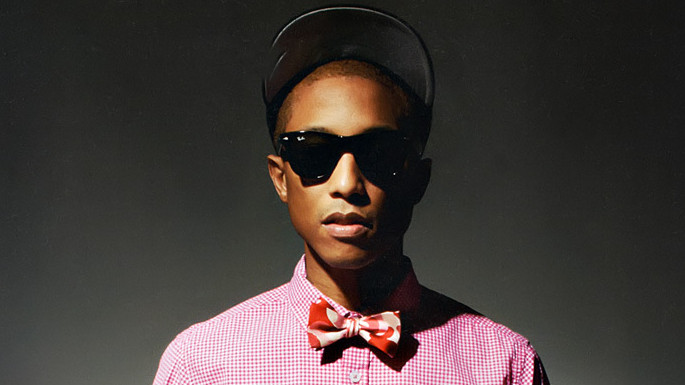 It might sound crazy what I’m about to say…

…but Pharrell’s cheery 2014 lovebomb has become the most downloaded track in UK history, according to The Guardian.

The holder of the No. 2 slot shouldn’t feel too aggrieved considering it’s, er, Williams again – this time with Robin Thicke on ‘Blurred Lines’. Adele, Maroon 5 and Gotye round out the Top 5, with another Williams feature, ‘Get Lucky’ sitting pretty at No. 6.

Emerging from his money bath, Williams had the following to say:

“I would just like to say thank you, first and foremost, to the people, because the charts are determined by them. The people of the UK have been so supportive of me over the years… That’s the lifeline, without them you’re just a musician with a couple of ideas but with them, that is the thing that changes everything when they get involved, your little idea can become something.”

Earlier this year, we counted down the 50 best Pharrell tracks, from Clipse through Kelis.