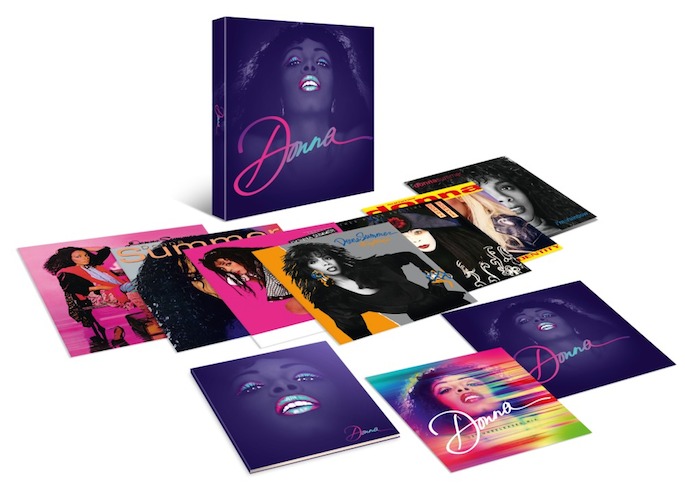 The disco queen’s albums from the ’80s and ’90s see vinyl releases.

Since her passing in 2012, there has been a renewed interest in Donna Summer, with the release of previously-unheard tracks and remixes by modern admirers.

Fans of the singer will now be able to own a chunk of her catalog on vinyl: a new vinyl box set includes six albums originally released by Geffen Records and Atlantic Records (The Wanderer, Donna Summer, Cats Without Claws, All Systems Go, Another Place And Time and Mistaken Identity), along with an album that was initially shelved in 1981 but released in 1996. That album, I’m A Rainbow, is receiving its debut vinyl release, as a 2xLP gatefold album.

The set includes a 12″x12″ booklet that includes new liner notes by Christian John Wikane and Justin ‘Musicology’ Kantor and interviews with Summer and her collaborators. By ordering through the official store, buyers will receive a 2-track 12″ single that inclues ‘State Of Independence’ (DJ Dero Vocal Mix) and ‘Love’s About To Change My Heart’ (Loveland’s Full-On 12″” Vocal); the latter was previously unreleased. The set ships on or before December 1. [via The Vinyl Factory]