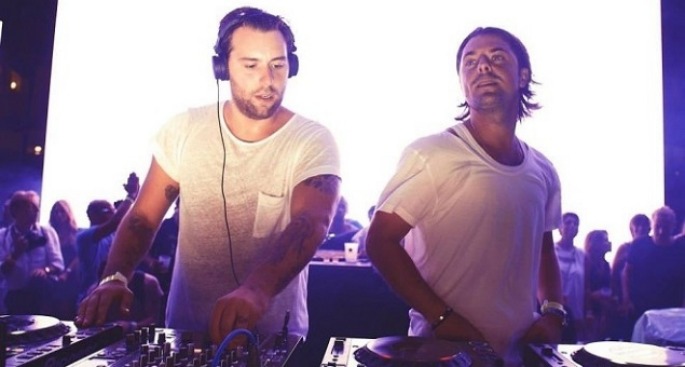 Axwell and Sebastian Ingrosso join the classic label as it celebrates 30 years.

Two-thirds of defunct EDM supergroup Swedish House Mafia have signed a deal with Def Jam, the usually hip-hop focused label which is currently entering its fourth decade in business.

Demonstrating the duo’s punctuation-enhanced new moniker, label boss Steve Bartels stated: “We are proud at Def Jam to have Axwell /\ Ingrosso choose us to be their label home. Their music is forward, innovative, invigorating and boundless.” Took the words right out of our mouths, Steve.

Axwell and Ingrosso never released an official album as SHM despite becoming one of the linchpin acts of the recent US-focused EDM explosion, attracting legions of fans to their massive stadium shows. The trio split in 2012 before embarking on a farewell tour marred by violence and stabbings.

Want to hear a snippet of their first single, ‘This Time We Can’t Go Home’? It’s in the player below. [via MTV]