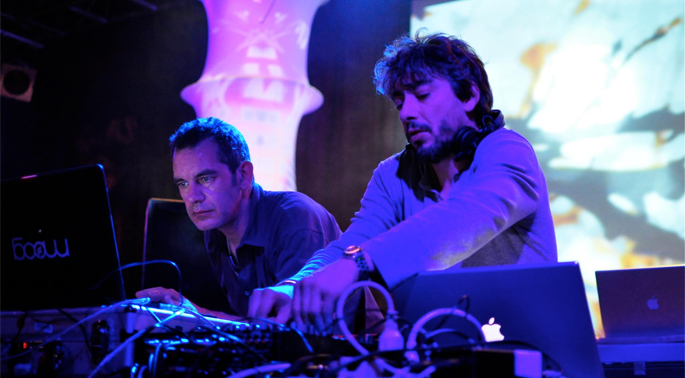 The Periodic Table is the third album from Reagenz, the duo comprised of David Moufang AKA Move D and Reflective Records boss Jonah Sharp. The pair’s most recent album was Playtime, released in 2009 via Workshop. Playtime marked the return of the duo after a fifteen-year hiatus and in the time since they have sporadically toured their live show around the world. After a five-year gap between releases, Reagenz once again return with The Periodic Table.

The Periodic Table runs 70 minutes in length and has been largely based off a two-and-a-half hour live performance that took place at The Bunker early last year. The album’s press notes describe it as “a testament to the power of live electronic music, its ability to transcend time, and remain, when delivered with skill and art, one of the most powerful live music experiences possible.”

Sharp and Moufang are said to have utilised virtually the same equipment used on their original recordings together two decades ago. Among the list of gear is a Roland TR-909, TR-606, SH-101 and AKAI MPC 1000.

Reagenz’ The Periodic Table will be available on a 3LP set to be released via The Bunker on November 11. Preview the album below.