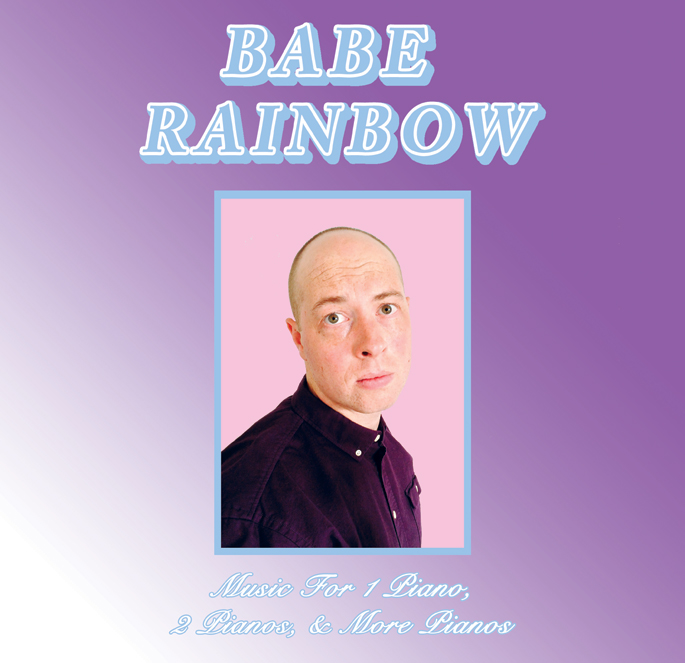 Before producer Babe Rainbow (aka Cameron Reed) was signed to Warp, he was actually making angular punk music in Vancouver.

He had only been working with electronic music for a short time before being snapped up by the imprint, but that attitude has been in the back of his mind ever since. It’s that punk attitude that informed his latest full length, released on the 1080p label and composed entirely on piano.

“I’m not a piano player, I’m not trained. I’m just a musician with a bunch of ideas that I want to explore,” Reed admits, citing Brian Eno, Phillip Glass and Erik Satie as influences. The idea came to him while on the road with How to Dress Well in 2012. Before then, he’d never really played piano apart from tinkering, but as soon as he started to get more adept, he started writing, augmenting his usual compositional style with the well-worn sound.

You can hear the results below, and Music for 1 Piano, 2 Pianos, & More Pianos is 1080p’s special contribution to this weekend’s Cassette Store Day.