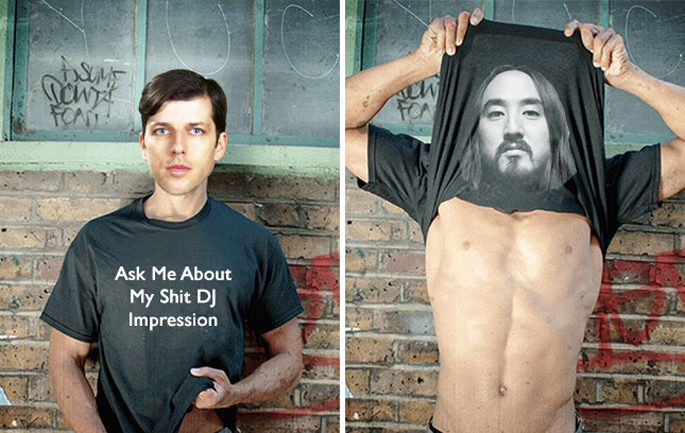 He wants to have his cake and throw it too.

The controversy stems from a recent crowdfunding “experiment,” which offered readers of the site a bounty of rewards including bags, t-shirts and sweatshirts. Since Wunderground is an electronic music comedy site, the shirts were fashioned with a side-eye to the EDM scene, and Steve Aoki wasn’t amused.

The t-shirt in question (which you can see above) basically infers that Aoki is a “shit DJ”. He’s also a DJ who can’t take a joke, as Wunderground ended up on the receiving end of a cease and desist letter. Aoki’s legal team’s main problem is that Wunderground is “damaging Steve Aoki’s reputation,” something which the site clearly find hilarious. Wunderground boss Mikey Maguire replied to the letter in predictably comic manner, not only noting that the t-shirts never went into production, but that only 11 people signed up for the crowdfunding project anyway.

It’s a good read, and you can check out the whole thing here – we’re sure if Aoki’s people ever reply, Wunderground will let us know.