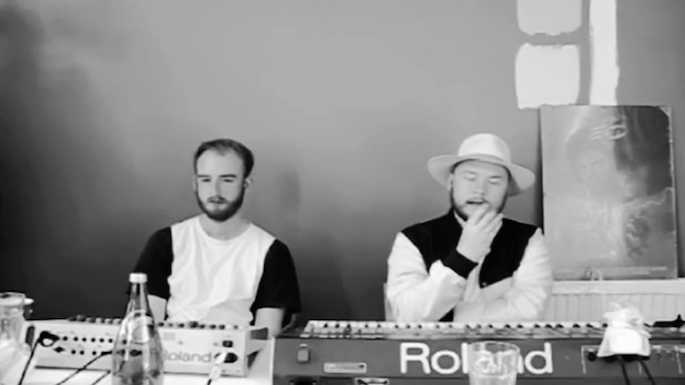 The Bristol duo come together for an EP on All Caps.

Last year, Julio Bashmore and Kowton crafted ‘Mirror Song’ for Bashmore’s Broadwalk label. Now, the pair have christened their collaborative effort Ekranoplan, after a type of Soviet aircraft, and prepped an EP for Glasgow’s All Caps. Here’s the tongue-in-cheek press blurb:

After Bluntman light up the streets, the wicked mistress of the sea rears her head with the lowest subs heard in the depths of the Caspian seawe present to you, Ekranoplan.

Just as the Scotch fear the Loch Ness monster, the coastal folk of the Caspian have long lived in the shadow of this great colossus. A mythical aircraft of gargantuan proportions, the Ekranoplan now lies at rest amid the discarded rubble of the Soviet dream. This EP paints a more gentle, playful picture of the monster and it’s mysterious aeronauts…

The four-track effort includes what appear to be beatless compositions, alongside two house-techno mutations reminiscent of ‘Mirror Song’. Preview all four below; interestingly enough, the previews have been kicking around for months without proper accreditation. The EP ships October 9. [via Hyponik]