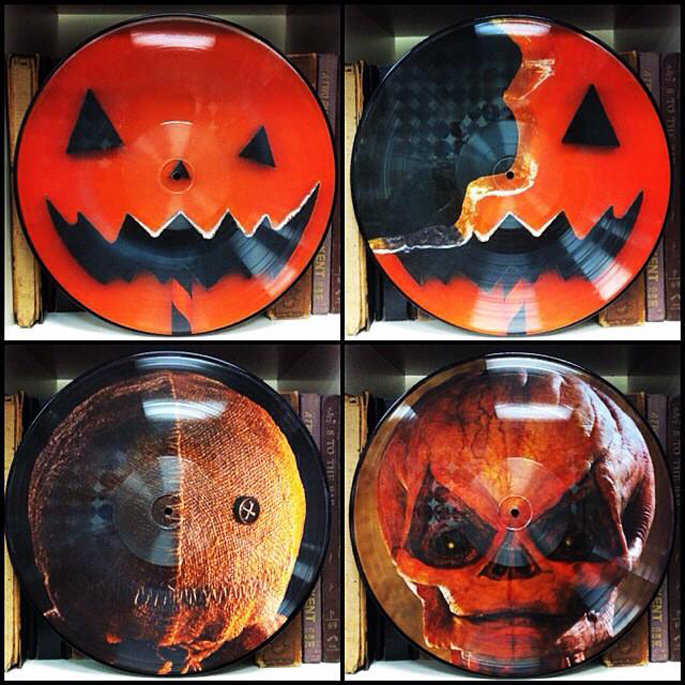 Picture discs remain the most divisive of formats.

Usually they don’t sound brilliant, and often they miss the point – why have a picture disc at all when it’s just a bad print of the cover? Sometimes though, only sometimes, they work absolutely perfectly, and Waxwork Records‘ next release is a great example of that.

Tweeted with the hashtag #trickrtreat and containing artwork that looks like it’s been snatched directly from 2007 horror anthology movie Trick ‘r Treat we’re guessing that the disc will contain Douglas Pipes’ score for the movie. But that artwork – from the tweet it looks like there are four distinct different faces, one full pumpkin, one with a chunk knocked out of it, the hessian sack boy head (which is on the movie’s original poster) and an evil pumpkin head, also from the movie.

It’s some one the most appropriate picture discs we’ve seen in ages, and what better way to celebrate Halloween this year than with a good, old-fashioned horror soundtrack? You can take a listen to the score below.

Update: More details have now been confirmed, and it appears we were correct – Waxwork will be releasing Douglas Pipes’ excellent score on October 28, with pre-orders starting on October 14. As usual with Waxwork releases, there are a number of different options – not only is the LP due for release on picture disc, but you’ll also be able to snap up candy corn splatter vinyl, 180g orange vinyl and black and orange swirl vinyl too. It’s a veritable Halloween feast, and all editions come with a poster and most interestingly a “bonus spooky sound-FX album.”