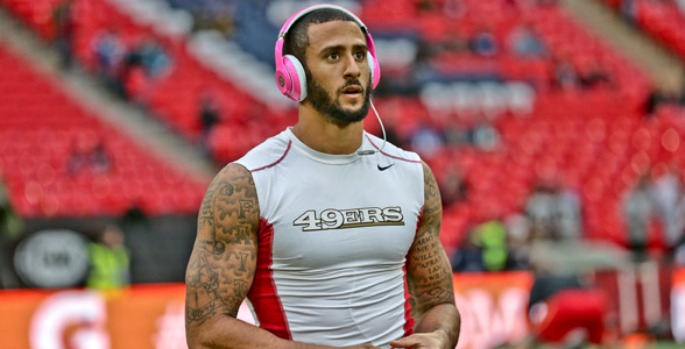 The most ubiquitous headphones in sport get put on the bench.

The NFL has agreed a deal with headphone manufacturer Bose that will ban players from being seen with their Beats By Dre cans. The ban includes pre-season training camps, practice sessions, game day and post-game interviews, and remains in place 90 minutes after the game has ended.

While the ban applies to all headphone manufacturers other than Bose, Beats By Dre has become by far the most popular and visible brand in sport in recent years, thanks in part to its practice of sending headphones to players as gifts. Earlier this year Beats even teamed up with jeweller Graff Diamonds to give diamond encrusted headphones worth $25,000 to every player in the Super Bowl. San Francisco 49ers quarterback Colin Kaepernick (pictured) and Seattle Seahawks have also appeared in Beats by Dre commercials.

The NFL, which enforces the terms of the agreement with Bose, stated: “The NFL has longstanding policies that prohibit branded exposure on-field or during interviews unless authorized by the league.

“They are the NFL’s policies – not one of the league’s sponsors, Bose in this case. Bose is not involved in the enforcement of our policies. This is true for others on-field.”

Beats, which Apple bought for $3 billion earlier this year, has responded with its own statement, making the fairly outrageous claim that players need Beats headphones in order to mentally prepare for the game: “Over the last few years athletes have written Beats into their DNA as part of the pre-game ritual,” a spokesman said. “Music can have a significant positive effect on an athlete’s focus and mental preparedness and has become as important to performance as any other piece of equipment.”

However will they manage? [via Sporting News]