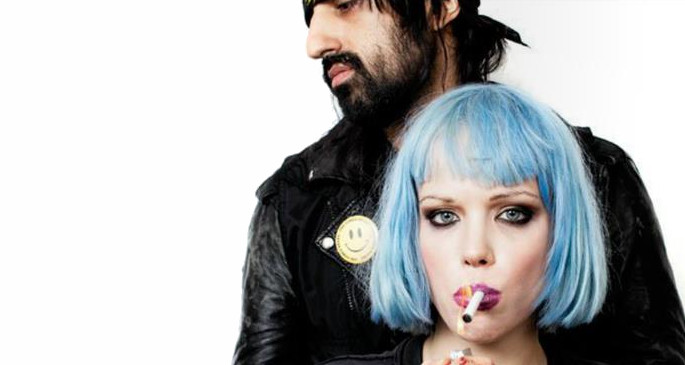 Crystal Castles have split up, with Alice Glass embarking on a solo career.

Writing on Twitter, Glass states “Although this is the end of the band, I hope my fans will embrace me as a solo artist in the same way they have embraced Crystal Castles.”

“My art and my self-expression in any form has always been an attempt towards sincerity, honesty, and empathy for others. For a multitude of reasons both professional and personal I no longer feel that this is possible within CC.”

Forming in Toronto in 2004, Crystal Castles quickly gained notoriety for their live shows, releasing a series of singles and EPs that led up to a self-titled debut album in 2008. The group released three albums in total, all self-titled (2010’s album was referred to as II; 2012’s as III), and collaborated with The Cure’s Robert Smith on on 2010 single ‘Not In Love’.

The group frequently courted controversy: their Glastonbury performance in 2008 was cut short due to Glass climbing the stage rigging, and artist Trevor Brown claimed that the group used his ‘Bruised Madonna’ artwork without permission. The lawsuit was eventually settled when the band paid Brown for the rights to the image.

Revisit some of the group’s best moments below.

Update: Crystal Castles’ manager has suggested that the band may not be over. “There will be twists and turns ahead for Crystal Castles, I wouldn’t bury the dead just yet!” he told NME.