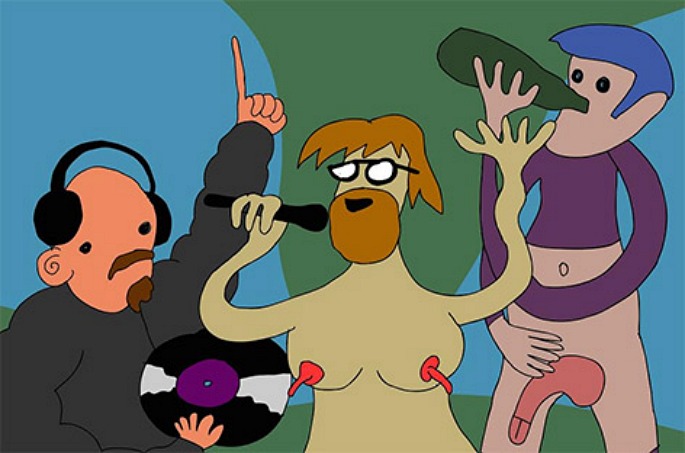 The new eight-tracker is “the single most important record of the 21st century.”

Bleaching Agent and Truss have announced their final release as Blacknecks, the alias under which they released five records of deranged, gritty, borderline absurd industrial techno such as the incredible ‘Hotline’, heard in Perc’s thunderous FACT mix this year.

The duo will bow out with a double-vinyl release containing “seven new tracks, plus one which wasn’t quite good enough to go on any of the first five EPs.”

Here’s their farewell announcement in full, via RA:

Widely regarded as pioneers of PC Music, Blacknecks are proud to unveil their final and most shambolically cobbled-together record to date. After 6 half-arsed releases, a couple of half-arsed gigs and a brutally honest interview in a popular far-right culture pamph, all while managing to maintain their stellar UK garage careers, Blacknecks are now dead.

This final release contains seven new tracks, plus one which wasn’t quite good enough to go on any of the first five EPs. It features toe tapping minimalism, knee jerking industrial, tear inducing melodies, fist clenching hoovers, a novelty track that really shouldn’t have made it onto the record and a whole mess of shite that they would be ashamed to release under their own names. Packed with obscure literary references from one of those books that they saw for sale somewhere, Blacknecks tread the delicate line between the Apollonian and Dionysian, by throwing any old bollocks together and sucking up the acclaim. It is, to put it simply, the single most important record of the 21st century. If you disagree, you are wrong.

As usual the track titles are brilliant. The record is out “soon”.