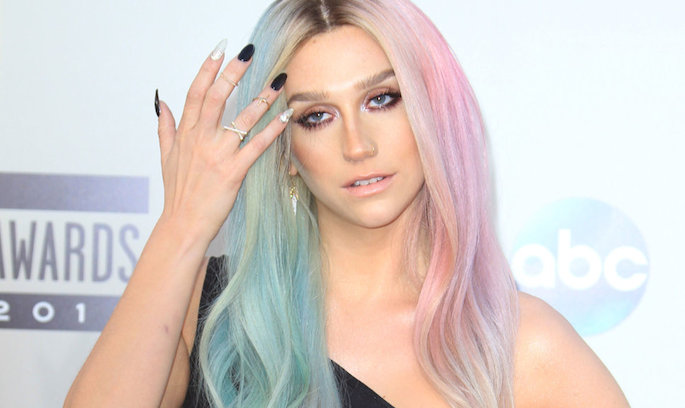 The pop singer claims she was sexually, physically, verbally and emotionally abused by her producer.

Kesha is suing to be released from her contract with Dr. Luke, alleging that the producer (aka Luke Gottwald) has been abusive for the duration of their decade-long professional relationship.

Among the charges in the lawsuit, which was obtained by TMZ, are claims that Gottwald plied her with drugs, forced himself on her while she was intoxicated, and violently attacked her. She also says that Gottwald’s abuse led to her widely-reported eating disorder, claiming that he said, “You are not that pretty, you are not that talented, you are just lucky to have me.”

“This lawsuit is a wholehearted effort by Kesha to regain control of her music career and her personal freedom after suffering for ten years as a victim of mental manipulation, emotional abuse and an instance of sexual assault at the hands of Dr. Luke,” says Kesha’s lawyer, Mark Geragos.

Her lawyer adds: “The facts presented in our lawsuit paint a picture of a man who is controlling and willing to commit horrible acts of abuse in an attempt to intimidate an impressionable, talented, young female artist into submission for his personal gain. Kesha is focused on moving her life and her career beyond this terrible time.”

Gottwald signed Kesha to his label when she was 18; he has executive produced both of her albums and produced or co-written many of her hits. Along with her solo work, Kesha has acted as a songwriter on other Dr. Luke-produced songs, like the unavoidable ‘Timber’.

Update: TMZ says Gottwald has filed his own lawsuit, accusing Kesha, her mother and her new management firm of spreading lies to get Kesha out of her contract with him. His lawsuit claims that she threatened to file the suit if she wasn’t released — in effect, extortion. His lawyer, Christine Lepera, says Kesha’s lawsuit is part of “a campaign of publishing outrageous and untrue statements.”

Update, October 20: Kesha referred to the abuse in several letters written to fans earlier this year.

“Dr. Luke has tortured me & my family… he did do what people know about +SO much more terrible shit,” the pop star wrote in one letter, which was posted on social media by a fan. In another, she references “someone [she] work[s] with” who had become a tormentor: “Someone I work with has literally driven me into this disease, tortured me and fucked with me and my family.”

Update, October 21: According to TMZ, Kesha swore under oath during a 2011 deposition that she was never involved in an intimate relationship with Gottwald. Kesha also stated that she was never drugged by the producer. Details of the 2011 deposition have surfaced after Gottwald’s lawyer requested that the previously sealed document was opened up for use in the current case.