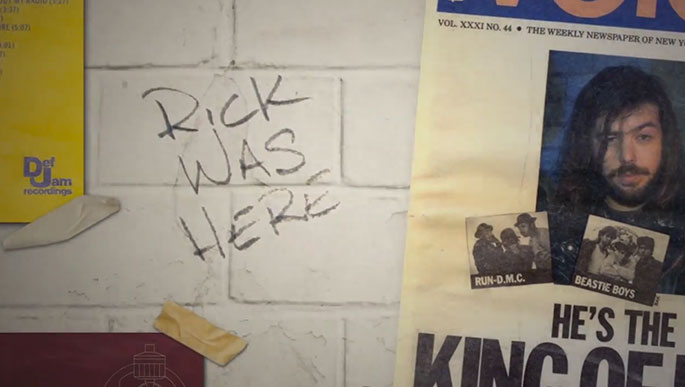 With Def Jam turning 30, Rick Rubin revisits where it all started.

Back in 1984, a daring young kid living in New York City decided that the hip hop he was hearing on the radio and records wasn’t up to par with what he’d experienced in the clubs of the city. And so Def Jam Recordings was born, a label that would go on to shape hip hop’s rise as the last defining musical genre of the 20th century.

Much has been written and said on the history of Def Jam, the label founded by Rubin and his on/off partner Russel Simmons, notably in The Big Payback, a 2011 book that details the history of the business of hip hop. With the label turning 30 this year, those who started it all are once more taking a look back.

Rolling Stone has released a short documentary, titled Rick Was Here, that follows Rubin’s return to his dorm room at New York University, room 712 at Weinstein Hall. It was in the dorm room that Def Jam started and where it spent its first years.

With help from Simmons, Def Jam president Lyor Cohen, his ex-roommate and rappers LL Cool J and The Beastie Boys’ Adam Horowitz, Rubin recalls the early years of the label from learning how to produce a record to trying to capture the energy of the music on wax for the first time.