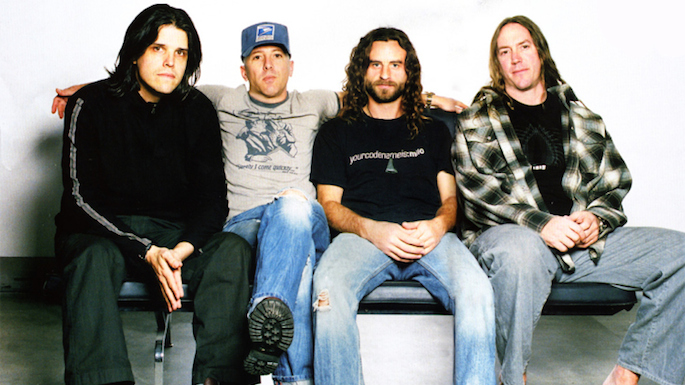 The art-metal act hit the studio.

Tool has been on an indefinite hiatus for almost a decade; their last album was 2006’s 10,000 Days. After years of rumors and false-starts, the band revealed the legal issues that were behind the delay between albums, but suggested that the next album was in the works.

“I’m hoping that we have something really solid recorded by the end of the year,” said drummer Danny Carey. “But we’ll see how it goes. I thought that last year, too… But we’re making great progress. We’ve really knocked out a lot of good things, especially over the last month. We’re all excited about it.”

It appears that progress has been made: guitarist Adam Jones has shared the following photo of the band in the studio, with the hashtag “#SmokeOnTheHorizon.” It’s not much, but where there’s smoke…