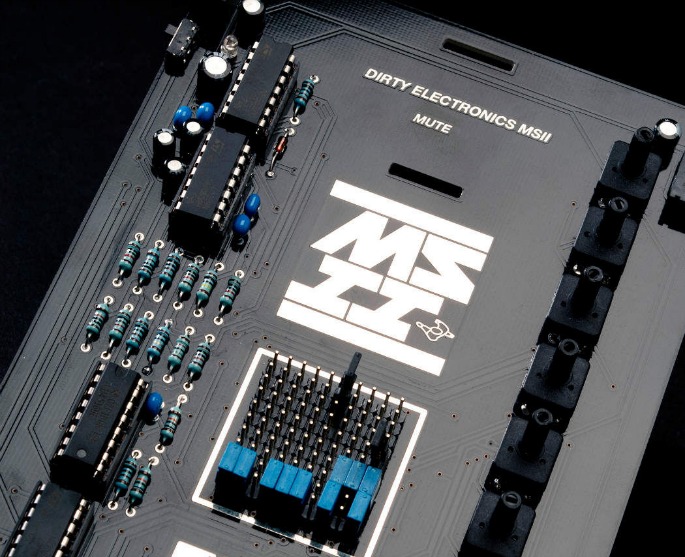 The second iteration of the gadget originally created for Mute’s Roundhouse event in 2011.

Those electronics-manglers at Mute have unveiled the Dirty Electronics Mute Synth II (MSII), a handheld synth and sequencer created in collaboration with designer and writer Adrian Shaughnessy.

The synth is an update of an earlier device created for Mute’s Short Circuit event at London’s Roundhouse back in 2011, and stems from John Richards’ ongoing project Dirty Electronics, which he positions as an alternative to mass-produced digital culture. Instead of slick, shiny, uniformly designed gizmos, Dirty Electronics are designed to feel heavy, hand-made, hacked, even a bit kitsch.

Packaged with simple instructions, diagrams and essays, the MSII is meant to be accessible to untrained enthusiasts as well as synth aficionados, while additional modules and add-ons make it customisable and scalable. The core of the instrument is a versatile mini patchbay that encourages playful interaction with the instrument, while the printed circuit board artwork has multiple touch electrodes that provide a labyrinth of possible connections and resulting behaviours.

Dirty Electronics will present Mute Synth II at Nonclassical’s event at Bloc in London on November 15, and you can pre-order the gadget from Mute right now.

Watch the synth in action below.