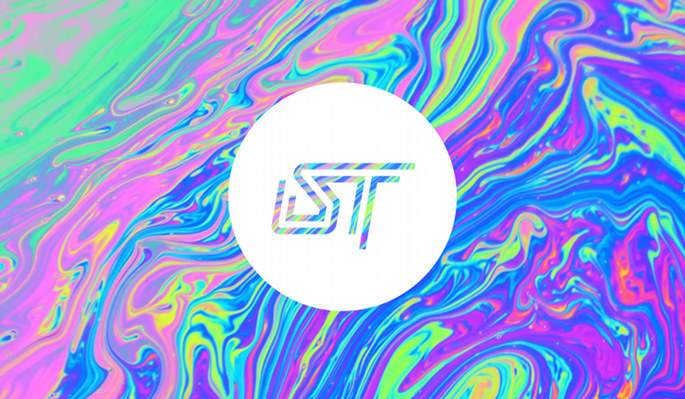 One of Manchester’s best clubnights will introduce its in-house record label this month.

With a team of residents that collects Samrai, Joey B, Platt, Murlo and MC Fox, Swing Ting has become one of MCR’s most popular regular parties, holding down a residency at the city’s Soup Kitchen and also taking the show on the road, most recently at a spectacular London blowout with Hipsters Don’t Dance.

On November 17, Swing Ting releases its first single, ‘Skank’ by Brackles and Fox. Brackles has become a regular fixture at the party, and ‘Skank”s blend of dancehall, garage and UK funky almost feels like a microcosm for Swing Ting’s musical policy – though as the residents explain below, there’s much more than just those three styles played at the night.

‘Skank’ will be released with a Trigganom-featuring remix by Famous Eno – best known for his spectacular ‘Ariel’, a collaboration with Murlo – and another Brackle originals, ‘Carbon’ We’re premiering the full stream of ‘Skank’ below, accompanied by a Q&A with some of Swing Ting’s residents about the new label.

If you’re in Manchester, Swing Ting will be celebrating their first release on Saturday November 15 – more details available here. You can pre-order ‘Skank’ here.

As Swing Ting enters a new phase, it’d be nice to look back a little bit. What were your goals when you started it, and have you achieved them all?

Platt: I think when me and Bal [Samrai] started Swing Ting, it was because we needed an outlet. We were playing things that weren’t getting repped in Manchester and to be honest, I think there was a gap for a party where we could expose people to records they maybe weren’t hearing elsewhere, but in a fun and accessible way. We’re serious about music, of course, but I think the key thing that works for us is that we frame it in an environment where the vibe is about getting your own space and dancing.

In terms of achievements, there’s still a long way to go. The label is a big step, but we want to start taking Swing Ting outside of Manchester more. We’re blessed with such good residents – Joey B, Samrai, Fox and Murlo – that we’re essentially able to be a self-contained, portable party and I think there’s a lot of scope to take it on the road. There are also plenty more Swing Ting productions in the pipeline.

Samrai: We didn’t have goals as such initially but after the first few parties we felt swiftly committed into wanting to continue to hold more sessions. Just recreating that warm, fuzzy feeling after a dance has been full of smiles and reloads was a big motivator for me personally. I feel in some ways I feel I surpassed what I thought it was possible to achieve, so it’s made us aim higher in terms of bringing people together and putting music out there. I feel it would be shame to reign it in at this point, I want to see where we can take the sound.

Joey B: Joining the crew after it had been established, I was already a regular attendee at the dances. The party has a very eclectic vibe, but nevertheless a consistent one. I was stoked to become part of a dance where I could play dirty south, niche and bashment under one roof.

Swing Ting seems to have one of the loyalest crowds in Manchester, how do you think the night’s built that loyalty?

Platt: Our crowd is great. It took a long time, lots of quiet nights, but we earned them by plugging away and sticking to our guns. I think we’re really lucky in that we now have a big group of regulars who’ll have complete faith in what we play and who we book. We’ve never pandered to attract a certain crowd and have been quite keen to avoid being pigeon-holed – what music we play has definitely evolved over time. We don’t have the budget to book big acts all the time, so we have to think outside of the box a lot and fortunately I think our crowd trusts our tastes and quality control standards to know that if they’ve not necessarily heard of the headliner, they’re still guaranteed a good time.

Joey B: I think as well as having high quality control on the selection front, the crowd picks up on the fun we have when we play and that’s what draws the regulars back.

Samrai: Good question. There are a few factors. I was chatting to Fox earlier and he likes the way people don’t carry pretension and just come down to let loose at our dance, it’s an inclusive thing, and I feel that’s what makes it special for all of us. Keeping the door at fair price, usually a fiver and rarely doing advance tickets keeps it open for the spontaneous raving crew to roll through. We endeavour to play music we love but not be too self-indulgent, rewarding the crowd, as we care as much about them as they do about Swing Ting. I still get butterflies before touching deck even to this day so it must mean a lot to me! 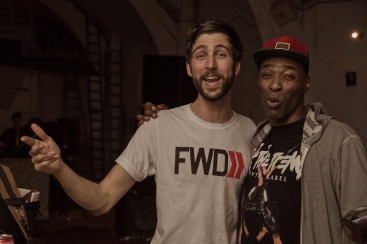 Often when a party starts its own label, it’s to house its residents’ releases. Why did you go with Brackles – albeit, collaborating with Fox?

Platt: Our main focus is just to get music that we love out into the world. As soon as we heard ‘Skank’, it was obvious that it fits in with everything we do, and Fox is an integral part of the team. Brackles has played for us a number of times – he just gets the vibe and feels like part of the family anyway. I think there’s a core group of producers who really fit in with our aesthetic and aren’t really necessarily getting the shine that they deserve – Swing Ting the label is about giving that music a platform and also allowing producers to put out music that other labels maybe wouldn’t take a risk on.

Samrai: ‘Skank’ came around organically through Brackles sending demos for Fox after playing at the party a few years back, so it feels like a natural home for the label. Brackles is always up in Manchester, definitely bonafide crew and a great friend of ours who totally gets the flavour (playing some of my favourite sets at ST) – he heads up to rave and work on music on the regular! ‘Carbon’ was a different yet weighty tune we felt fit with ‘Skank’ and Eno’s remix with Trigganom on the guest verse was the icing on the cake. There will be music from residents, but this EP just came together nicely.

Is it only Swing Ting 001 you have sorted at the moment, or are other releases in the works?

Platt: We’re working on the next few releases at the moment, although Swing Ting 002 won’t be out until the new year. There will be Swing Ting productions on the label, and there’s a big project in the works with Fox, featuring production from residents and a number of people we’ve had as guests on the night (and a few exciting contributions from people further afield).

Samrai: There are there are various projects under construction but as I’m sure you know and we’re learning fast it’s about putting them out as and when they reach completion. We’re keen to put out vocal releases, however want to strike a balance of momentum yet quality which requires a certain degree of patience, organisation and assertiveness.

Do you see the label mostly catering to people who’re regular/friends of the party, or do you intend to look further afield for releases?

Platt: I think the consistent thing about the music we’ll be putting out, is that yes, it’s music that will work perfectly at Swing Ting clubnights – we’ve spent a long time engineering that space and it helps to put out music by people that have experienced the vibe by attending or playing. But we don’t want to be closed off or place unnecessary restrictions on ourselves. I think we’re confident enough in our identity to listen to something and be like, ‘right, this is a Swing Ting release’ and move on from there.

Samrai: I’m sure future releases will be tried and tested firstly on the crowd and system at Soup Kitchen but hopefully it will reach beyond the confines of the dance and city to people that connect with it in the same way. We don’t want to be held down to friends and family providing all the releases, but it would need to feel in keeping with the ethos and aesthetic of what we feel passionately about to fit on the imprint.