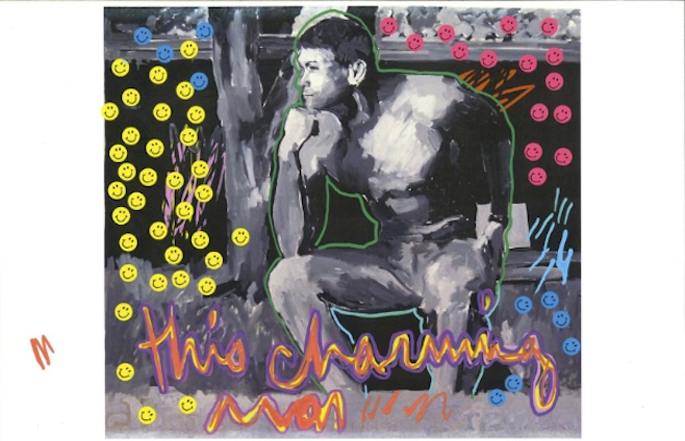 The Smith’s bassist will play on every song on the album.

James Franco’s art school rock band Daddy have announced a new album and accompanying series of videos entitled Let Me Get What I Want. Interestingly, the album is inspired by the music of The Smiths with songs based on a collection of Franco’s poems that were inspired by the band’s music.

“We took a ten-poem sequence called ‘The Best of the Smiths: Side A and Side B,'” Franco explained to Vice. “I originally wrote this sequence as a way to use one medium (music) to influence another one (poetry). The Smiths’ songs provided inspiration for the poems, lending tone and situation. Once I had the sequence, Tim and I took the material one step further and turned the poems inspired by songs, back into songs of their own.”

The Smiths’ bassist Andy Rourke has lent his talents to every song on Let Me Get What I Want, joining Franco and his long-time musical partner Tim O’Keefe. Each song on the album will be accompanied by a painting from Franco as well as a video that, when watched in sequence with the rest, will tell a single story.

“We created the record at the same time James’s mom ran a program teaching kids how to make films [at Palo Alto high school],” said O’Keefe. “They developed scripts out of the same poems that we made songs out of, then shot film based on those scripts… While they were doing that project, we took all of the raw footage we had for each song and brought in editors to put together our film.”

You can watch the first video for ‘This Charming Man’ below.