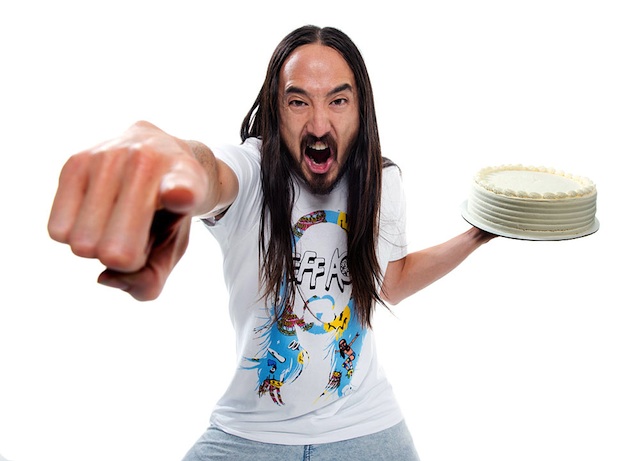 The cake-pelting EDM super villain was inspired by a recent visit to Ibiza.

Renowned dessert thrower Steve Aoki has found another scene to exploit. The Dim Mak boss revealed that he has started working on (surprise, surprise) “deep house” tunes, although they won’t be released under his own name.

“I won’t release it under Steve Aoki, it’ll be under another name. I don’t want to confuse people who associate me with my usual sound, and I want it to be judged on its own merits. We’ll see how it does.”

He’ll have to go and pirate a whole bunch of new plug-ins now.