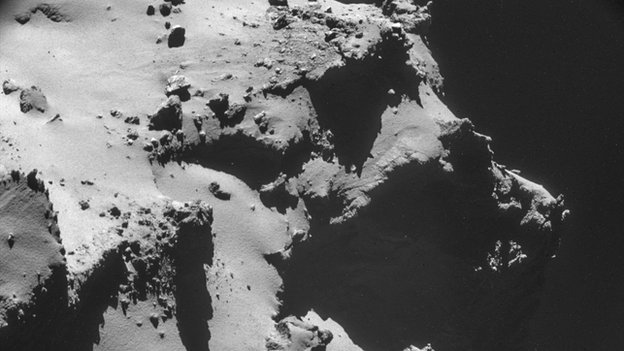 No, this is not from The Onion.

Before the tearjerking success of the #cometlanding yesterday afternoon, scientists involved in the mission discovered that Comet 67P/Churyumov-Gerasimenko is emitting a ‘song’ – and they don’t know how.

The song takes the forms of oscillations in the magnetic field in the comet’s environment, as the European Space Agency explains on its Soundcloud. The sounds being made are at 40-50 millihertz, far below the range of human hearing, so the scientists increased the frequencies in the recording by a factor of 10,000 in order to make the “music” audible.

The scientists were as surprised as anyone to discover a singing comet. “This is exciting because it is completely new to us. We did not expect this and we are still working to understand the physics of what is happening,” said Karl-Heinz Glaßmeier, head of Space Physics and Space Sensorics at the Technische Universität Braunschweig in Germany, in a blog post.

The theory is that the comet releases neutral particles into space where they collide with high-energy particles to make the sounds. However, “the precise physical mechanism behind the oscillations remains a mystery,” according to Glaßmeier.

Usually it’s humans who are making a racket in space, of course – check out Nasa’s awesome collection of audio clips from over 60 years of space exploration, from Apollo 11 to passing comets.

In further incredible news from the landing, it’s been revealed that the tattooed Rosetta scientist in the loud shirt was once in a death metal band called Septic Willies.

Dr Matt Taylor, part of the team that landed the robot craft on the comet, describes himself as “a Junglist/Death Metalist [sic] first, physicist second”, reports the Evening Standard. Check him out in his Cannibal Corpse T-shirt below. [via BBC News] 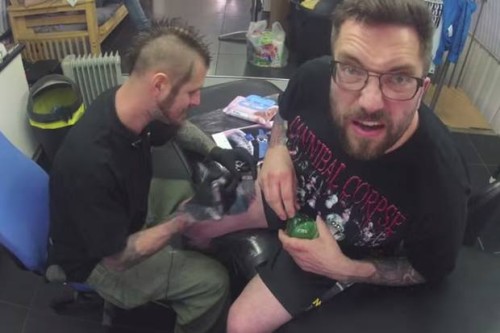