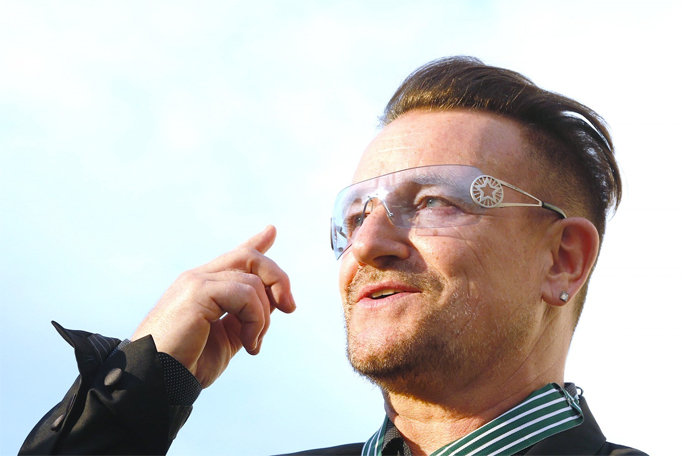 Bono’s not having the best of weeks.

The U2 frontman was hospitalised following a cycling accident in New York’s Central Park, according to a statement on U2’s website. The incident comes just days after the singer narrowly avoided a disaster when his private plane lost a door during an attempted landing.

Bono will require surgery to fix an injured arm but is expected to make a full recovery.

The accident has forced U2 to cancel their scheduled residency on The Tonight Show. The band were booked to play for an entire week beginning November 17.

Update, November 19: It might be a long road to recovery for Bono.

As Rolling Stone reports, the singer sustained a number of serious injuries in the crash, “including a facial fracture involving the orbit of his eye, three separate fractures of his left shoulder blade and a fracture of his left humerus bone in his upper arm. The latter injury was particularly damaging, with the bone shattering in six different places and tearing through his skin.”

Bono will require “intensive and progressive therapy” but is expected to return to full health.