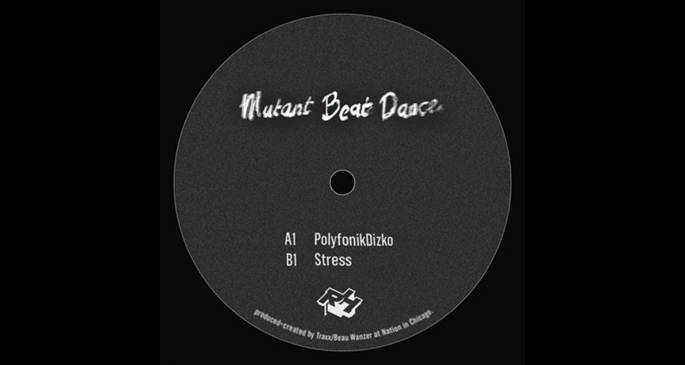 The pair combine their powers once again for two slices of “pure Jakbeat.”

Nation Records founder Traxx and L.I.E.S. family member Beau Wanzer have a history that dates back to 2009, when the pair released their first 12″ as Mutant Beat Dance on the Discos Capablanca imprint.

Since then, the duo have dropped a sporadic string of records together for labels such as L.I.E.S., Rong Music and House Is Your Rush Records, predominantly exploring tenets of Chicago house and industrial music.

Mutant Beat Dance have announced the imment release of a new 12″ for Rush Hour, described by the label as an “’80s Chicago house record not made in the ’80s.”

The 12″ contains two tracks and will be pressed in a limited run of 450 copies, each packaged in a handmade silkscreen cover.

Rush Hour will release PolyfonikDizko by Mutant Beat Dance on December 8. You can preview both tracks below.