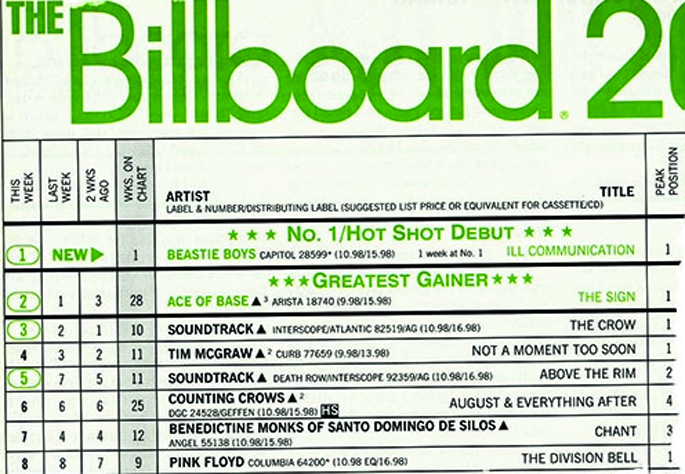 The Billboard 200 formula has seen its most significant adjustment in over two decades.

Billboard and Neilsen Soundscan, the agency that supplies its data, will start including streams of tracks in the formula behind the Billboard 200 album chart.

The inclusion of on-demand streams is the most significant change in the system since 1991, when Billboard began basing its charts on sales data from Soundscan instead of potentially dubious surveys of record stores.

According to the new formula, Soundscan and Billboard will count 1,500 song streams from services such as Spotify, Google Play, Beats Music and Rdio as the equivalent to one album sale.

The changes reflect the continued shift in consumer listening habits. According to Soundscan, album sales for the first half of this year were down 15% on the same period in 2013. Downloads have joined CDs as a dwindling sales format but streaming from services such as Spotify and Google Play rose 42% over the same period.

The decision follows Billboard’s partnership with Twitter earlier this year, in which the two companies linked to provide ‘real-time’ charts listing the most popular songs on the social network.

The first chart utilising the new system will cover November 24 to November 30 and will be published on Billboard’s website on December 4.

[via The New York Times]