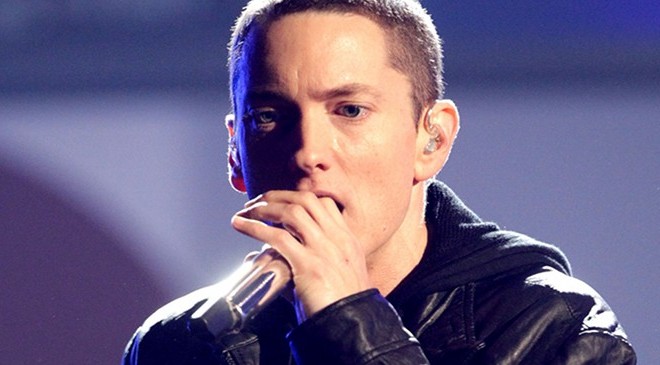 Eminem will release an alternate version of one of his biggest hits, ‘Lose Yourself’, as part of the forthcoming The Shady XV set.

The original ‘Lose Yourself’, an intense tale of battle rapping and mom’s spaghetti, featured on the soundtrack to Eminem’s biopic 8 Mile. However, as Eminem explains in a promo video for The Shady XV, there was an alternate version that he barely even remembers recording, with different lyrics, which will appear on as bonus track on the record.

The Shady XV will be released on November 24, and also features new material from Eminem, Yelawolf, D-12 and more.

Watch the promo video and hear clips of the alternate ‘Lose Yourself’ below.