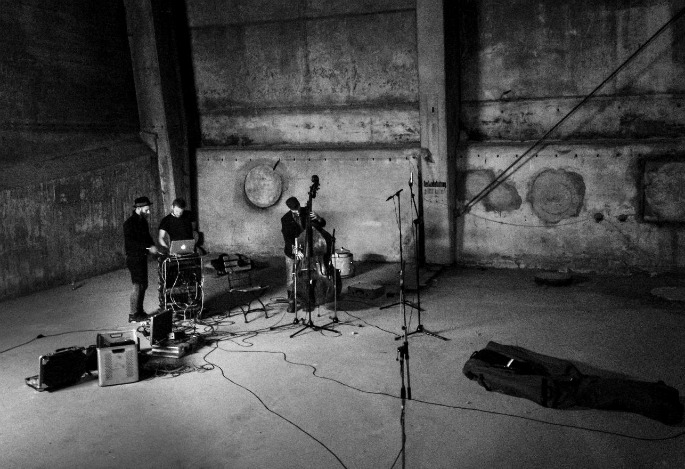 Nimbes is the soundtrack to a 360° installation shown in Montreal this year.

The cavernous interior of Berlin’s Kraftwerk power station has been captured in all its reverberating glory in a piece by James Ginzburg of Bristol techno bods Emptyset and Berlin-based musician and sound artist Yair Elazar Glotman, AKA Ketev. The music was made for a collaborative installation with French visual artist Joanie Lemercier screened inside the dome at Montreal’s SAT Centre earlier this year.

The rumbling, glacially paced soundtrack uses the power station’s natural reverb to respond to the film’s “encompassing narrative of scale, time and entropy,” according to the label. “Centred around the use of contrabass and elemental percussion, the stark rendering of instrumental sound crafts an evocative portrait of this former industrial site, mapping an overarching texture onto the underlying acoustic compositions,” they add.

Ginzburg and Glotman’s piece is now coming out on Subtext Recordings accompanied by a remix from Eric Holm, who reworks the music using his dense custom created signal chains, and another from Glotman. Nimbes is out on vinyl now and digitally on November 24.

Get lost in Lemercier’s trailer for the installation below and keep your eyes peeled for additional installations of Nimbes in dome and 2D formats next year.