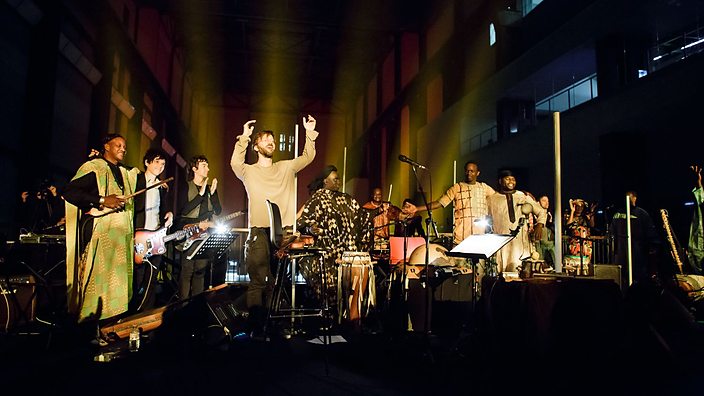 Get a different perspective on the show in Tate Modern’s Turbine Hall.

Terry Riley’s minimalist masterpiece ‘In C’ is a composition that, by definition, can never be performed the same way twice, and with its subtle, ad hoc polyrhythms and emphasis on listening and communication between performers, it shares some key similarities with African traditions, which is what Africa Express’s musical director Andre De Ridder realised when he dug out a copy of the score while working with musicians in Mali.

If you missed that, here’s a chance to get an even closer look at the event with a nifty interactive film that lets you create your own route through the music by watching the show, sitting among the musicians, exploring art in the Tate galleries and going on the road to Bamako in Mali.

Check out the film below, which was created by The Space and Interlude.fm, and look out for the physical release of ‘In C Mali’ on Transgressive Records.