Andre 3000 didn’t want to do Outkast’s reunion tour: “I felt like a sell-out” 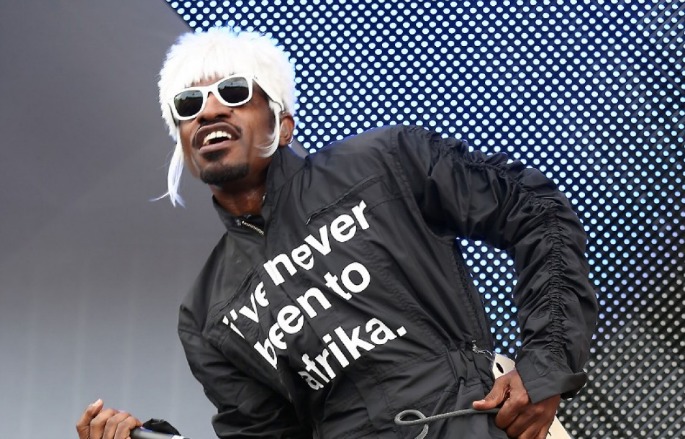 The ATLien felt he had “nothing new to say”.

Outkast reunited for a world tour this summer as a way of marking 20 years in the game and, as Andre 3000 now admits, as a way of making big money.

“I didn’t wanna do the tour. We hadn’t performed in 10 years. It was old songs,” he told Nicolas Jaar in an interview for the Fader at this week’s Art Basel in Miami, where he’s exhibiting the wardrobe of 47 jumpsuits he wore on each night of the tour.

“I’m like, How am I gonna present these songs? I don’t have nothing new to say. So I was like, maybe I can start saying new stuff while doing these old songs. It became a theme where I was more excited about this than the actual show. This is fun, running out in these.”

Each of the jumpsuits was emblazoned with a slogan – some funny, some cryptic, some just dirty – and he wore a huge price tag that read ‘SOLD’ as his way of letting fans know why he was back on the road:

“I felt weird about going out on stage and doing it again. I felt like people would be like, ‘Y’all are doing all these festivals, y’all are just doing it for money. And I felt like a sell-out, honestly. So I was like, if I’m in on the joke, I’ll feel cool about it.

It was a decision. I’m 39, I got a 17-year-old kid, and I gotta support certain things. And my partner Big Boi is like, ‘This is a great thing for all of us.’ So I felt like there was a certain sell-out in a way, because I didn’t wanna do it—I knew I was doing it for a reason. So maybe if I’m telling people, ‘I am selling out,’ then it’s not as bad as pretending. It’s being honest about it like, ‘Shit, I did these songs when I was 17 and I’m out here pedaling them now.’ But it’s the honest thing, that’s what it is.”

The ‘i feel ya’ exhibition, which includes work by three artists inspired by the jumpsuits, runs until December 7 at the Savannah College of Art and Design Museum’s pop-up at Mana Miami. After that it will travel to SCAD in Savannah, Georgia, and go on view in summer 2015. Check out the jumpsuits here.

Andre recently played Jimi Hendrix in a biopic of the guitar hero’s life that strangely didn’t contain any of his classic songs. Here are the undisputed top 50 Outkast tracks of all time.