Could this desktop DIY cutting machine be the future of vinyl? 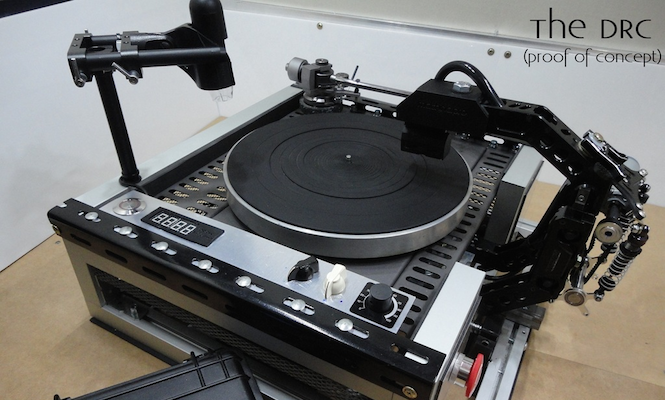 Update, January 5: The desktop vinyl cutter has been successfully funded – and some – on Kickstarter.

The project received AUD$33,953 (£17,900) of the team’s $10,000 goal. “I’ve barely stopped for air but we are on schedule for release early next year,” the latest update states. “Focus for the last 8 days has been on sound (which has been refreshing)… the (analog) cutting path is half way there and the turntable system is 90% complete.” Keep up with the project via Kickstarter.

An Australian inventor has launched a crowd-funding project for a tiny machine he says can cut vinyl records in minutes.

Paul Butler Tayar and his team at Machina Pro want to raise AUD$10,000 to bring the Desktop Record Cutter to market. They hope to “democratise the cutting process” with what they call a ‘turn-key’ stereo cutting system, which lets you simply plug in your audio and cut straight to vinyl.

The Kickstarter page has lots of nerdy detail about how the whole thing works, and you can see their diagram of the system below (click to expand).

If they raise their minimum goal, the projected sale price for the machine is USD$6,500, but the more money pledged the lower the price will drop. The campaign has 25 days remaining on Kickstarter, so you know what to do.

With the resurgent popularity of vinyl putting pressure on the world’s tiny number of record pressing plants, other inventors have also been trying to making DIY cutting a possibility. At this year’s SXSW a team unveiled an improved version of their Vinylrecorder T-560 for the relatively bargain price of $4,000. [via The Vinyl Factory] 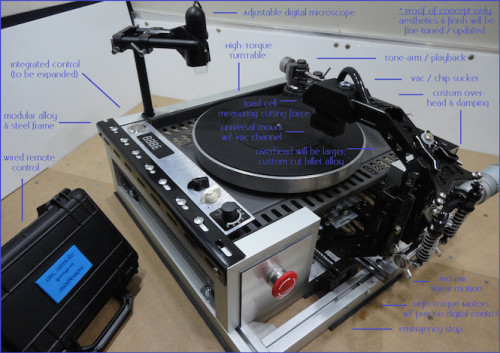