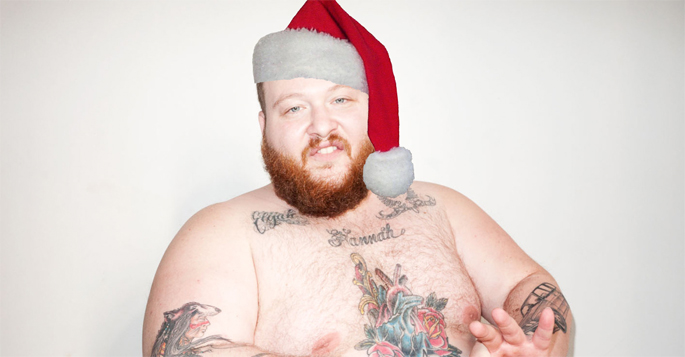 You never really know what you’re going to get at an Action Bronson show, but it is doubtful that any of the Queens rapper’s fans were expecting to walk away with a 42″ TV. ‘Bam Bam’ got into the Christmas spirit at a gig in Santa Ana, California last night, throwing a number of (large) gifts into the crowd.

Bronson tossed a flatscreen TV, PS4, Xbox and a bunch of iPads from the stage into the audience, with his DJ spinning Cash Money classic ‘Project Chick’ in the background. You can watch footage of Bronson doing his best Santa Claus (or perhaps Oprah) impersonation in the video below. [via Complex]