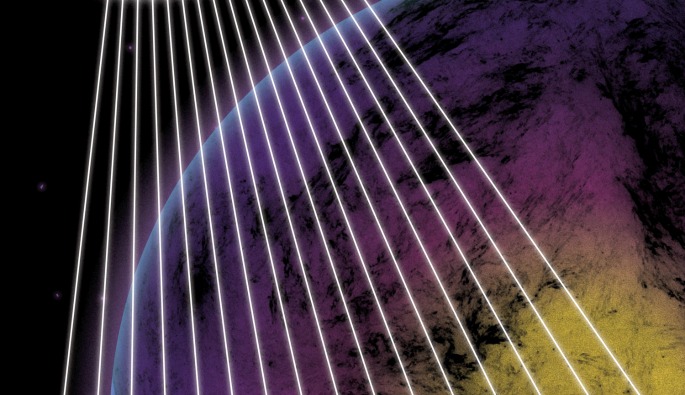 Ever-reliable reissue stable Dark Entries has announced a split EP of rare and out of print Detroit electro from Sam Anderson, AKA DJ Maestro.

Motor City resident Anderson learned to DJ during a stint in the Marines in the early ’80s, and on returning to Detroit he got his introduction to making and recording music with techno godfather Juan Atkins.

In 1986 he launched his Nu Sound II Crew alias and self-released his first 12″, a space-themed, Kraftwerk-influenced dark electro track titled ‘The Speed of Light’. Distributed by Atkins’ Metroplex Records, only 500 copies were made. Later that year he followed it up with the vocoder-assisted track ‘1001 Beats’.

By the end of the decade Anderson was using a bunch of different aliases to release his music, including Magnus II, under which his put out the chunkier, EBM-tinged ‘Roctronic/Space Age’ in 1993. Dark Entries’ split EP will feature both of those Nu Sound II Crew singles and all three mixes of the ‘Space Age’ single – you can hear clips of them all below.

The tracks have been remastered for vinyl by George Horn at Fantasy Studios in Berkeley and the sleeve is designed by Eloise Leigh with original illustrations from 1988 by Kevin Mann. Each copy includes a postcard with a photo of Anderson’s Nu Sounds crew DJing in 1984. It’s out on January 13.