“You’ll be dead of a heart attack in a year”: Azealia Banks and Action Bronson tear into each other on Twitter 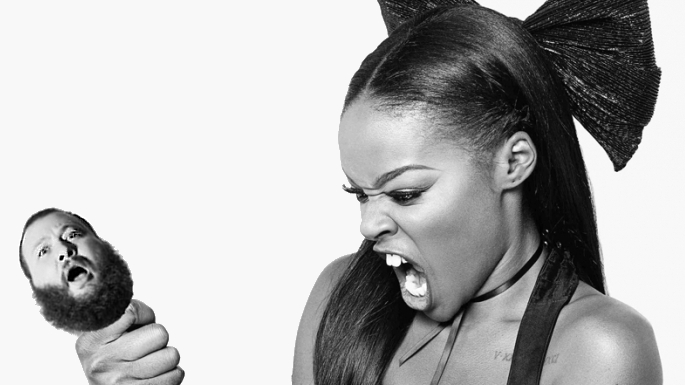 This one’s been a long time coming.

Azealia Banks has been on a mission lately – more than usual, that is – calling out what she believes is awkward appropriation by white artists (such as Iggy Azalea, aka Igloo Australia). Banks broke down on an interview on NYC radio station Hot97’s Ebro In The Morning, citing the popularity of Macklemore and Iggy Azalea as her main problem.

Now, goaded by a tweet from Twitter user Beth Kushner, Banks laid into indie rap titan Action Bronson. It started with a simple question – what did Banks think of Action Bronson – but after Bronson quickly replied “DONT EVER IN LIFES HISTORY MENTION MY NAME IN A SLANDEROUS MANNNER,” Banks began her usual tirade of barbs, which Bronson replied to in kind.

Banks called Bronson out for being “a bootleg ghost face [sic]” continuing “i think you can rap, you’re just not as good as the black man you stole your flow from” and saying “you’ll be dead of a heart attack in a year.”

Bronson didn’t exactly take the high road, saying “WHEN MY DICK POPS OUT IT STILL WOULDNT FUCK THAT THING U CALL A PUSSY. THE DEVIL LIVES IN THERE,” and “U HAVE ZERO TALENT ZERO SEX APPEAL ZERO INTEREST OUTSIDE MANCHESTER ENGLAND ZERO ANYTHING. U ARE THE MEANING OF WACK.”