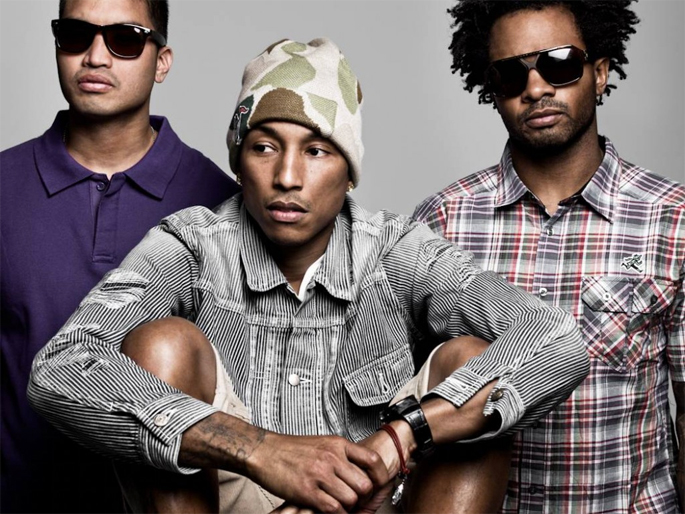 As hinted, N.E.R.D. members Pharrell Williams, Chad Hugo and Shay Haley have released their first new music since 2010’s Nothing, and like Pharrell’s monster hit ‘Happy’, it’s for the soundtrack to an animated film.

The buoyant, Beatlesque ‘Squeeze Me’ will appear on the soundtrack to the forthcoming The Spongebob Movie: Sponge Out of Water; stream it below. Last month, the band reunited onstage at Odd Future’s festival. [via Billboard]