Dipset to reunite for mixtape and tour 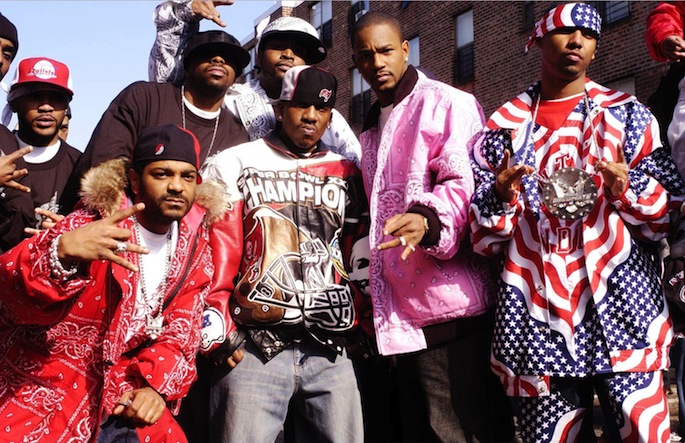 Cam’ron, Jim Jones, Juelz Santana and Freekey Zekey are back together for another round.

The Harlem rap crew that ruled the early ’00s are getting back together for a new mixtape and five-stop tour of the US. Funkmaster Flex who revealed the Dipset reunion on his Instagram, with far more exclamation marks than strictly necessary, and Jim Jones later confirmed the news, adding that Freekey Zekey will also be joining them.

Last year Dipset put out a new single ‘Dipshits’, produced by Just Blaze and A-Trak. Meanwhile, check out a mixtape made of the samples from the 2003 album Diplomatic Immunity.

#DIPSET RADIO X CONCERTS X NEW MIXTAPE MADNESS!!!! I just spoke to @jimjonescapo x I just spoke to @Mr_Camron x I just spoke to @thejuelzsantana !!!!! These 3 men have put the bullshit aside and are ready to rock!!!! #STEPONE 7pm This Monday @Dipsetusa1997 take over @Hot97 for 5Hours!!!!! No gossip bullshit just new freestyles and reuniting like the bosses they are!!!! #STEPTWO @Dipsetusa1997 x @djfunkflex are hitting 5 different clubs for #2015 !!!!! THE OFFICIAL 5 STOP DIPSET x DJFUNKFKEX REUNION MADNESS!!!! PROMOTERS HIT ME DIRECT @ LitDigitalDjs@Gmail.Com !!!!! Promoters get your money up!!! #STEPTHREE The most important one of all!!! NEW DIPSET MIXTAPE AFTER WE HIT THESE 5 CLUBS!!!!! New Dipset Mixtape hosted by @djfunkflex x @Djkhaled x @Therealswizzz x @Djmustard!!!!! The wait is over… I can't take it any more!!!! This Dipset project has to happen!!!! Street wants it!!!!! @litdigitaldjs #litdigitaldjs #NewTeamInTown @bossladyem