Is this the first song from William Onyeabor in almost three decades? 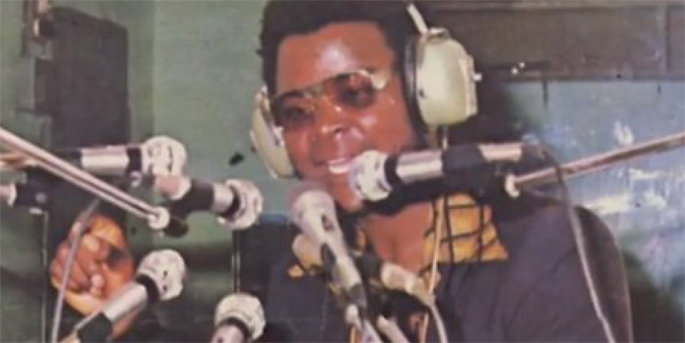 An eleven minute gospel tune from the Nigerian synth-funk pioneer has surfaced.

For the best part of thirty years, the name William Onyeabor has been shrouded in relative mystery. Onyeabor scored a number of hits in Nigeria throughout the 70s and 80s, self-releasing eight albums between 1978 and 1985 before abandoning music completely to become a born-again Christian.

His records have since become highly sought-after, with Onyeabor’s work entering the spotlight once again thanks to a pair of reissues from the Luaka Bop label in 2013 and 2014. The New York imprint also commissioned an album of Onyeabor covers from the likes of Daphni and JD Twitch.

Now, almost three decades after his last record, William Onyeabor seems to have returned to making music. A YouTube video uploaded in late September appears to be clip to a tune from the elusive artist entitled ‘Many Mansions’. It emerged on a channel named Divine Praise, and little else is known about the gospel number.

‘Many Mansions’ combines elements of Onyeabor’s original sound with a strong evangelical influence, but is possibly outshone by the video, which begins with some blue screen effects of Onyeabor flying through the air with a bible in hand.

You can watch the video for ‘Many Mansions’ below. Update: Unfortunately, the video has been removed from YouTube, but since the copyright claim was made by The Orchard — the group that distributes Onyeabor’s music — it appears to be legit.