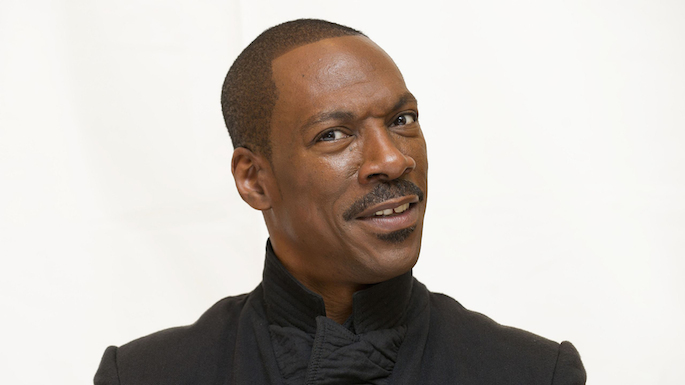 As Vulture points out, legendary comedian/family-film lead/sometimes-musician Eddie Murphy has opened the door for a return to stand-up comedy, which he hasn’t done in decades.

Murphy just released ‘Oh Jah Jah’, a socially-conscious reggae song in the vein of ‘Redlight’, his 2013 collaboration with Snoop Lion. He tells Rolling Stone that an album might follow if people respond to the song, but “If people don’t, that shit will just stay on the shelf where it’s at.”

That’s where it gets interesting. Murphy says:

You know what, if I drop one of these tracks and it jumped off, I would go out and do some shit. My fantasy I always be having when I think about getting onstage is to do everything. If I came back and did stand-up again, I can’t just be like the other standup comics. To have a real hot band, play some tracks for about 40 minutes, the curtain drops and then you do an hour of jokes? That’s a unique-ass show. [Laughs] That’s the ultimate vision.

40 minutes of MOR reggae for an hour of comedy from the mind behind Raw and Delirious? Sounds like a good trade to us.