Rick Ross just got seven tattoos on his face 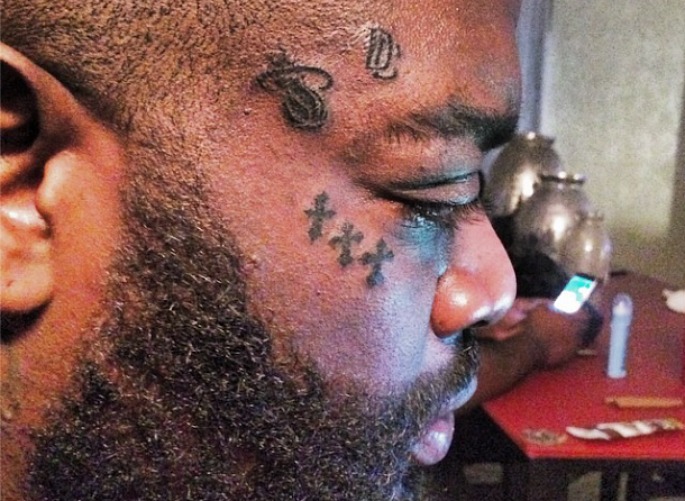 MMG boss declares his love for Miami Heat, his own label and himself.

Rick Ross just got seven new tattoos on his face, because that’s what you do when you run out of room elsewhere.

The rapper reportedly went to Unroyal Ink in New Jersey to make the Miami Heat crest a permanent part of his face, along with the logo of Meek Mill’s Dreamchasers . He also added the MMG logo, the letter W, a crown for the bawse and some crosses for good measure.

Are any of them as outrageously good as Gucci Mane’s ice cream cone though? No, no they’re not. Check out ‘Scuffed Timbs’, Ross’ new Timbaland-produced track with Gunplay. [via HipHollywood] 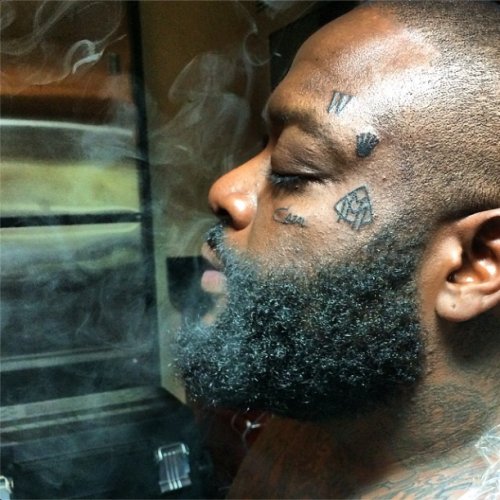 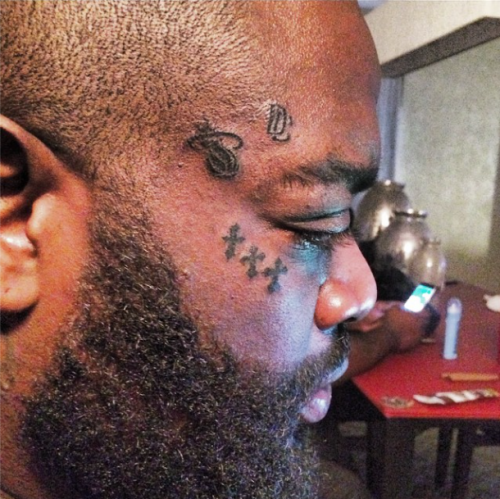