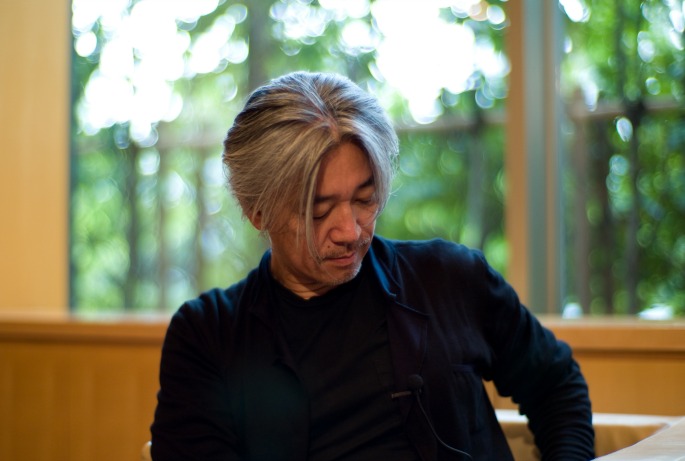 A live performance from Ryuichi Sakamoto, Taylor Deupree and Illuha will be released on Deupree’s 12k imprint later this month.

The performance was recorded in the summer of 2013 as part of the Yamaguchi Center For Arts And Media’s tenth anniversary celebrations, prior to Sakamoto being diagnosed with throat cancer last year.

The live album is entitled Perpetual and was recorded in three separate movements.  The set was improvised, featuring piano, guitar, pump organ and various synthesizers, and was the first time that the veteran Japanese experimental musician, Tokyo duo Illuha and Deupree had played together.

According to a press release, the musicians “were taken aback by the level of listening and restraint that flowed between them. The audience sat in a breathless silence, the music offering a respite from the thick July air.”

Perpetual will be released on January 27. You can stream the third passage, ‘Movement, 3’, below. [via Exclaim]